To share your memory on the wall of Albert Lowell Lenerville, sign in using one of the following options:

To send flowers to the family or plant a tree in memory of Albert Lowell Lenerville, please visit our Heartfelt Sympathies Store.

We encourage you to share your most beloved memories of Albert Lowell Lenerville here, so that the family and other loved ones can always see it. You can upload cherished photographs, or share your favorite stories, and can even comment on those shared by others.

Posted Aug 09, 2020 at 10:11pm
Al Lenerville was one of the greatest guys I ever met! We often talked about life, politics, family, and just our journey through life. He often told me stories about his childhood and his career, I really enjoyed my visits with him when he lived near me outside of Spearfish. Alvina you are an amazing woman and he was so blessed to have you by his side. My condolances to to you Alvina and all of your family. Heaven gained a great man! Your friend always Claude Ramsey
Comment Share
Share via:
E

Posted Aug 09, 2020 at 11:17am
My name is Mac McArthur and I have been Al's next door neighbor for the last 6 years. I can't attend his funeral because of my health issues and concern about COVID-19, but I want to share some memories about Al. He would tell me stories about his younger days on the ranch and his job in the Air Force during the Korean War. His favorite was about horse races when he was in high school. As things got worse for Al, I would stop by to visit and he liked to shake hands and say "hello neighbor". He enjoyed helping me find a tool or bolt I needed for a project (and he had an abundance of everything). He liked to ride in my pickup so we had some good talks while cruising around.
I will miss Al and offer my condolences to Alvina and the rest of the family.
Comment Share
Share via: 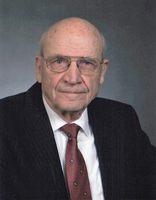 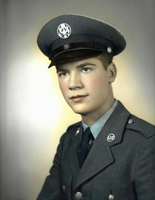