To share your memory on the wall of Albinus Dosch, sign in using one of the following options:

Print
Albinus Dosch was born on February 4. 1921 in Hague, ND to Wendelin and Barbara (Marquardt) Dosch. He was the oldest of six siblings. The family homesteaded southwest of Eagle Butte “down in the gumbo”. Around 1925, the family moved to a place fi... Read More
Albinus Dosch was born on February 4. 1921 in Hague, ND to Wendelin and Barbara (Marquardt) Dosch. He was the oldest of six siblings. The family homesteaded southwest of Eagle Butte “down in the gumbo”. Around 1925, the family moved to a place five miles east of Eagle Butte, where they farmed and ranched. Albinus and his siblings attended Parade Day School, as well as working on the farm. When it came time to start high school, Albinus delayed starting for two years because of bad weather and working on a threshing crew well into December. He often told of driving the Model A into Eagle Butte to attend high school, and during the winter they would take ashes from the stove and put them under the oil pan to warm it up to get it started. Albinus graduated in 1944, along with his sister, Anna, and his brother, Pius. After graduating, he worked for local farmers and ranchers until harvest was done that year.
In January of 1945, Albinus was drafted in the U.S. Army. After basic training in Ft. Hood, TX, he shipped out of Ft. Lewis, WA for the Pacific Theater. After a long ride on the ship through a typhoon and days of the crew being seasick, they arrived at their duty station in the Philippines. He served in the 729th Engineers, operating heavy machinery and rising to the rank of Tech 4. After Japan surrendered, he was stationed in Sendai, Japan, and operated a dozer and a crane around the docks. When his tour was up, he mustered out at Ft. Lewis, WA.
After arriving home in November of 1946, he attended Coyne Electric School in Chicago, IL, and graduated in March of 1947. IN 1949, Albinus and his brother, Ray, caught the train to Dallas, TX to attend Dallas Aviation School. But summer in Texas proved to be too hot for two South Dakota boys, so they bought a 1940 Harley Davidson motorcycle and rode all the way home on 5 gallons of gas.
Albinus returned home to his work as a licensed electrician. When power came into the country in 1953, he wired many of the local houses, often staying with the family until the house was wired. In 1954, he wired Herman and Victoria Eulberg’s house in rural Dupree. There he met their daughter, Cora, who was a teacher in various country schools, as well as a licensed pilot, and Albinus expressed his interest in taking flying lessons. On June 26, 1954, the two were married at the All Saints Catholic Church in Eagle Butte, SD. From this union three sons were born: Victor, Courtney, and Carman.
After many years of ranching on various rented places, the family purchased their ranch south of Dupree and worked together to build their house. In addition to ranching, farming, and working as an electrician, Albinus had quite a reputation for being able to fix anything. He even taught electrical wiring, plumbing, and heating at the CAP program. He was also well known for his detailed storytelling and never hesitated to tell the same story twice. He loved spending time with his grandkids, and he loved to use his woodworking skills to make them toys and furniture. He even built an old-fashioned sleigh and took them on sleigh rides.
Albinus Dosch, 99, of Dupree, died on Sunday, October 11, 2020, at the Fort Meade VA Hospital.
Grateful for having shared in his life are his brother, Victor Dosch; sons, Victor (Judy), Courtney, and Carman (Mary) Dosch, all of Dupree; grandchildren, Merleita, Julia, Iny, Devany, Nicole, Cameron, Cory, Tyler, and Olivia; great-grandchildren, Arianna, Ren, Anthony, and Tommie Rae; and many extended family members, including Alan Bakeberg of Pierre.
He was preceded in death by his beloved wife, Cora; three brothers; and one sister.
The family would like to extend thanks to West Winds Home Health Service’s Jamie Cihak and Daniell Williams, as well as Dr. Michelle Hagen at Fort Meade VA Hospital.
Funeral services will be held at 11:00 a.m. on Tuesday, October 27, 2020, with visitation beginning one hour prior, at Kinkade Funeral Chapel in Sturgis. Committal service with military honors will be held at Black Hills National Cemetery.
Read Less

To send flowers to the family or plant a tree in memory of Albinus Dosch, please visit our Heartfelt Sympathies Store.

Receive notifications about information and event scheduling for Albinus Dosch

We encourage you to share your most beloved memories of Albinus Dosch here, so that the family and other loved ones can always see it. You can upload cherished photographs, or share your favorite stories, and can even comment on those shared by others. 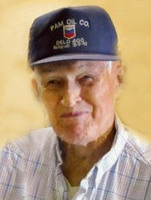