To share your memory on the wall of Alexis Vansteenwyk, sign in using one of the following options:

Print
Alexis Nichole Vansteenwyk, 47, made her journey to the spirit world on October 3, 2020.
Alexis was born on August 7, 1973, in Minnesota to Gloria Grange-Vollmer and Doug Vansteenwyk. She lived with her mother in Minnesota until 1987, when... Read More
Alexis Nichole Vansteenwyk, 47, made her journey to the spirit world on October 3, 2020.
Alexis was born on August 7, 1973, in Minnesota to Gloria Grange-Vollmer and Doug Vansteenwyk. She lived with her mother in Minnesota until 1987, when she moved to Sturgis, SD, with her father, Doug and step-mother, Peggy Bruch. She graduated from Sturgis Brown High School in 1991. During her senior year of high school, she met and fell for her husband/boyfriend, John Fire. During the past 29 years they were inseparable. In 1993, Alexis and John welcomed into the world their daughter, Clarice Fire. Clarice was the most important thing in her life. She loved being a mother and was so proud of her daughter and all of her accomplishments.
Alexis' life was never boring, she got to travel all over Europe almost every year since 1998, she traveled all over the US, and got to do things and go places that many people only dream about. She knew that she was also truly blessed to be able to do all of it with John and Clarice. Even though thousands of people over the years came to hear and learn about Lakota culture from John they soon realized that Alexis was the driving force behind all that he was talking about and doing. She dined in 5-star restaurants in France but was happier cooking for friends and family at home. She got to explore the great cities and landmarks of Europe and the United States but would be happier cheering on one of her daughter’s basketball teams at the middle school in Sturgis. Alexis never changed who she was for anything or anyone. If you were family or friend to Alexis you knew that she would do anything for you and that she would always be there to help no matter what. Alexis managed to help and touch the lives of hundreds of people by simply being who she was. She hated things she thought were unfair and had no problems speaking her mind whether you thought you needed it or not. With Alexis you always knew exactly where you stood, which is rare in this world. She was always the go to person to get things done and she always worked to keep her word. Alexis was also a huge part of countless ceremonies and gatherings that her husband, John and father-in-law, Archie Fire Lamedeer performed. For that she will always be honored and deeply respected by all of our extended family, tiyospaye, and tribal relations.
Alexis loved to cook and feed people, she enjoyed quilting, bowling on leagues in Sturgis, playing women’s volleyball, beading, crocheting, playing all sorts of games, music and dancing, trips to Deadwood and Las Vegas, talking with friends and finding ways to help people in their times of need. Most of all she loved just being home with John and Clarice and being a mom and a wife.
Alexis leaves behind her husband of 29 years, John Fire (Henry or Poopy to her); and her daughter, Clarice Fire, who was everything to her. A list of people who were her family would be too long to list here. People often wonder how to fill a void when a loved one passes. For us, her family and friends, Alexis left us with enough love and caring for a hundred lifetimes.
There are too many people who have passed before her who she has thought of as family to list, with one exception of her little brother, Kelly “Manny” Vansteenwyk, who she loved dearly.
As per her wishes there will be a small family and close friends spreading of her ashes in the spring time in the Black Hills, followed by a party in her honor for all that knew her. We love you and are eternally grateful for all that you left us with.
Read Less

To plant a memorial tree in honor of Alexis Vansteenwyk, please visit our Heartfelt Sympathies Store.

Receive notifications about information and event scheduling for Alexis Vansteenwyk

There are no events scheduled. You can still show your support by sending flowers directly to the family, or planting a memorial tree in memory of Alexis Vansteenwyk.
Plant a Tree

We encourage you to share your most beloved memories of Alexis Vansteenwyk here, so that the family and other loved ones can always see it. You can upload cherished photographs, or share your favorite stories, and can even comment on those shared by others.

Posted Oct 24, 2020 at 02:28pm
Auntie Alexis, I will remember you & love you always. Prayers for your journey to the Spirit World. My deepest sympathies & condolences to John, Clarice & Family back home in South Dakota. Love your niece, Pascha Eagle Tail.
Comment Share
Share via:
BM

Posted Oct 13, 2020 at 01:23pm
I am so sorry for your loss, Clarice and John. I have been thinking of you often since I saw this sad news. Prayers for joy in your memories and comfort in your grief.

Posted Oct 09, 2020 at 03:42pm
I miss you my friend. To John,Clarice and family im so sorry for your loss.i will for ever charice all of my memories of alexis. Are talks,deadwood,sewing, even Vegas. I know I will miss are Sunday visits. Jeanette
Comment Share
Share via:
BC

Posted Oct 07, 2020 at 02:47pm
John & Clarice, we are so saddened to see this, Alexis was such a great person and someone that we are seriously lucky to have met & known. You are all in our thoughts & prayers.
Comment Share
Share via:
WM

Posted Oct 07, 2020 at 09:01am
My heart goes out to you, John and Clarice. Alexis was a super great person, so full of energy with a big friendly smile to match her personality and kindness. She will be so deeply missed.
Comment Share
Share via: 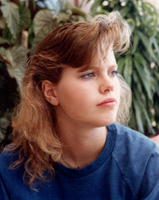 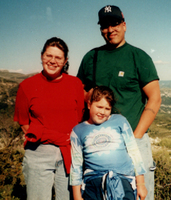 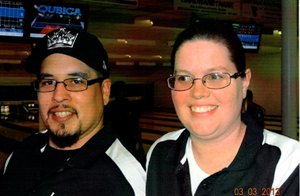