To share your memory on the wall of Billye Jo (Davis) Casteel, sign in using one of the following options:

To send flowers to the family or plant a tree in memory of Billye Jo (Davis) Casteel, please visit our Heartfelt Sympathies Store.

We encourage you to share your most beloved memories of Billye Jo (Davis) Casteel here, so that the family and other loved ones can always see it. You can upload cherished photographs, or share your favorite stories, and can even comment on those shared by others.

Flowers were purchased for the family of Billye Jo (Davis) Casteel. Send Flowers

Posted May 30, 2020 at 05:53pm
Family of Billye Jo (Davis) Casteel
To the family of Billye Jo Casteel: Thorval and Janet Jensen offer our condolences learning of her passing. We have done business with Guy Casteel and Guy took in our grandson on the ranch of which we are so appreciative of. Our blessings to all of you.
Comment Share
Share via:
LT

Posted May 24, 2020 at 11:14pm
I am broken hearted to hear of Billye Jo's passing. We spent so much of our youth riding horses together where she lived over Sly Hill. I send my heartfelt prayers and hugs to Guy and all of her family . May she rest in peace. If anyone deserves it, Billye Jo did.
Comment Share
Share via:
KM

Posted May 12, 2020 at 12:29pm
Guy and family ~ We send our deepest sympathy for the loss of your wife/mother/grandmother. May the love of family and friends by your comfort.
Harvey & Kathy McPherson
Comment Share
Share via:
KL

Posted May 09, 2020 at 07:49pm
Billye Jo and I were classmates at Sturgis High School. I remember her most from our German class and was always fun to be around. The last time I saw Billye Jo was On October 13, 1998 at the Sturgis Hospital. She and I were about to become Grandma's! Sending my thoughts and condolences to her family during this difficult time. Karla (Matson) Ling.
Comment Share
Share via: 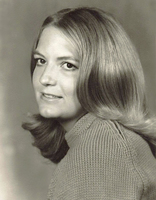