To share your memory on the wall of Carl Harms, sign in using one of the following options:

“Precious in the sight of the Lord is the death of his faithful servants” Psalm 116:15

“Do your best to present yourself to God as one approved, a worker who does not need to be ashamed and who correctly handles the word of truth.” 2 Timothy 2:15

“Now there is in store for me the crown of righteousness, which the Lord, the righteous Judge, will award to me on that day—and not only to me, but also to all who have longed for his appearing.”
2 Timothy 4:8
Read Less

To send flowers to the family or plant a tree in memory of Carl Harms, please visit our Heartfelt Sympathies Store.

Receive notifications about information and event scheduling for Carl Harms

We encourage you to share your most beloved memories of Carl Harms here, so that the family and other loved ones can always see it. You can upload cherished photographs, or share your favorite stories, and can even comment on those shared by others.

Posted Sep 06, 2020 at 10:43am
To all of the family, thinking of you at this time. Cherish each of the memories. Joy Myrick
Comment Share
Share via:
WB

With Love, Alec and Ashley Baldwin

Posted Sep 05, 2020 at 04:57pm
Grandma Mary and family, we wish we would be with you all! You are in our thoughts and prayers. May God give you peace and comfort during this time.

With Love, Alec and Ashley Baldwin purchased flowers for the family of Carl Harms. Send Flowers

Posted Sep 05, 2020 at 12:32pm
Mary & family,
So sorry to hear of your loss. Our thoughts and prayers are with you. I remember how Carl laughed over almost everything. He always had a smile on his face. You could tell Carl loved life. Carl will be greatly missed 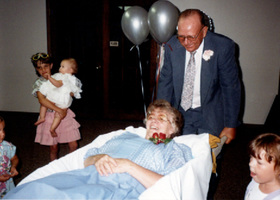 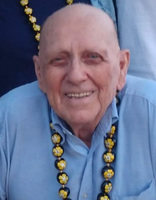 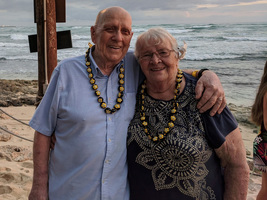