To share your memory on the wall of Carol Ann (Carbis) Shreve, sign in using one of the following options:

Print
Heaven received our beautiful mother, Carol Ann (Carbis) Shreve on January 20, 2020. Welcoming her into their loving arms are her loving parents; her husband, Dale; her son, Mike; and great niece, Tashina.
Carols’s story began in Cut Ba... Read More
Heaven received our beautiful mother, Carol Ann (Carbis) Shreve on January 20, 2020. Welcoming her into their loving arms are her loving parents; her husband, Dale; her son, Mike; and great niece, Tashina.
Carols’s story began in Cut Bank, Montana, on May 4, 1941, when Ruth Ann (Danielson) Carbis and Claude John Carbis celebrated her joyous arrival. Not long after, the family moved to Newcastle, WY, where Carol was joined by her loving sister, Nancy, and three little brothers, Hedley (Bonnie) Carbis, Les (Barb) Carbis and Jim (Kathy) Carbis. She graduated from Newcastle High School in 1959, and went on to attend Cosmetology School in Sheridan, WY, where she met her first husband, Julio Rotolo. In 1965, they were blessed with their son, Michael John Rotolo. They divorced shortly after.
Carol finished cosmetology school and met William “Bill” Barrett. Through their marriage in December 1967, she gained two daughters, Connie and Diana Barrett. They moved to Gillette and with joy, their son, Doug Barrett, was born soon after and daughter, Kristy, came along in 1969.
Working as a cosmetologist for 28 years in Sheridan and then Gillette, Carol also served as the Wyoming Association of Cosmetology President for several years. She spent many years creating beautiful hair and bringing the 80’s hair styles (including the mullet) to the youth of Gillette from her station at La Hair Boutique. In 1984, she and Bill divorced and in 1986, she and Kristy started a new adventure in Phoenix, Arizona, where she remained until the summer of 1988.
Carol then ventured once again to Sheridan, Wyoming, where she worked for a fellow classmate and friend at Maxine’s Salon for a few years and then made her next stop in Great Falls, Montana. At 51, she joined Kristy and went back to college. After receiving her certificate, she worked at the University of Great Falls and then discovered an unexpected, but blessed love in her friend, Dale Shreve. She joined him in Evergreen, Colorado, where they married in 2002. With their marriage, Carol gained sons, Brian (Lorri) Shreve, Scott (Aimee) Shreve, James (Jennifer) Shreve; and daughter, Barbara Ann (Wayne) Mitchell and many grandchildren. She and Dale returned to Gillette to be closer to all their families in 2003. Dale passed away in 2010, and although their time together was short, they spent a great deal of memorable and cherished time with their families.
Always an incredibly hard worker, Carol continued working until she was 75. In retirement she enjoyed playing pinochle, learning new card games with her many friends, and volunteering at the Campbell County Senior Center. She found joy in spending time with her family and looked forward to Friday night “Family Dinners” and snuggling on the couch with her fur baby, Boz, and reading a book.
Her greatest joy was being a mother and grandmother. Carol was always encouraging, supportive, and no matter how much her children drove her crazy or messed up, she never judged, never said “I told you so,” always encouraged them to keep moving forward and stood by them with love and arms ready to give a hug.
Her beautiful and infectious smile along with her warmth and love will be missed by everyone that was blessed to know her, but by none more so than her children and family: her grandchildren, Nathan (Kenzie) Barrett, Michael (Brittney) Rotolo, Tausha (Tyson) Barrett, Bryce Barrett and twins, Katelyn & Kaleb Yager; the Shreve children and grandchildren, Tiffanie Shreve, Tyler Shreve, Jay Jay Shreve, Derrick Shreve, Danner (Hanna) Shreve and Dawson, Walker and Reece Mitchell;
sister and brothers; nieces, Tina Kohlman, Kimber Thompson, Rosemary Carbis, Sarah Carbis; nephew, Chris Kohlman, great-niece’s, Alex and little Willow Thompson; great-nephew, Willy.
Her children, Doug (Sheila) Barrett and Kristy (Ed) Barrett-Bruns along with Pastor Steven Nichols would like to invite you to celebrate her life on Saturday, January 25, 2020, at the American Legion Post #42 (200 Rockpile Blvd, Gillette) at 2:00 p.m. In lieu of flowers, a memorial in her name to the Campbell County Senior Center would be most appreciated.
Read Less

To send flowers to the family or plant a tree in memory of Carol Ann (Carbis) Shreve, please visit our Heartfelt Sympathies Store.

We encourage you to share your most beloved memories of Carol Ann (Carbis) Shreve here, so that the family and other loved ones can always see it. You can upload cherished photographs, or share your favorite stories, and can even comment on those shared by others.

Posted Jan 22, 2020 at 09:46pm
Doug, Kristy, Nancy, Les and all other family,
Just want to send my prayers to all of you. I loved her like a sister and she taught me so much. what a good listener she was. I will never forget all the talks we had and when I finally shut up she would say " and what do u want to do about it ? " RIP dear friend we shared a lot of laughs and memories.
Sincerely, Linda (Mines) Palmer
Comment Share
Share via: 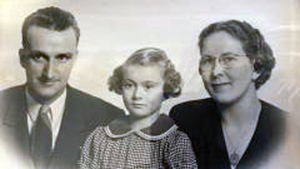 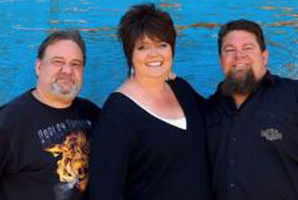 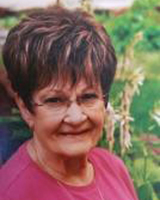 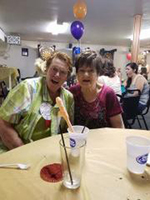