To share your memory on the wall of Dave Zwetzig, sign in using one of the following options:

Print
David Lee Zwetzig, 71, of Newell, SD, passed peacefully on Wednesday, August 5, 2020, at the Nebraska Medical Center in Omaha, NE.
He was born in Scottsbluff, NE, on November 2, 1948, to Victor and Rosie Zwetzig where he joined his brother... Read More
David Lee Zwetzig, 71, of Newell, SD, passed peacefully on Wednesday, August 5, 2020, at the Nebraska Medical Center in Omaha, NE.
He was born in Scottsbluff, NE, on November 2, 1948, to Victor and Rosie Zwetzig where he joined his brother, Jerry, and his sister, Linda, and a few years later welcomed his little sister, RoseMarie. When he was a month old, they moved to Lead, SD, and that is where he grew up. He was an exemplary athlete and musician in high school as a Lead Golddigger. Dave went on to attend college at South Dakota School of Mines and Technology where he studied mechanical engineering, ran cross country, and joined ROTC. In 2019, with his family by his side, he was inducted into the South Dakota School of Mines Hardrocker Hall of Fame for the 1969 and 1970 Cross Country Team. After college, he joined the Army which was inspired by his time with the ROTC. After leaving the army, he joined the Army reserve.
Following college, he worked at the Homestake Mine for a short time, then moved to Pierre, SD, to pursue a job working for OSHA.
In his first marriage, he adopted her two children, Dena and Troy, and later welcomed their daughter, Dawn, into their family.
In 1981, Dave met the future love of his life and invited her to the Ram Show Banquet as his date. Apparently, his 1st date offer, and his stylish side chops, won her over. On March 19, 1982, Dave and Betty (Stomprud) married and they became the modern-day Brady Bunch (or Crazy Bunch) as Dave brought his 3 kids, Dena, Troy, and Dawn, to the marriage and Betty brought her 3 kids, Joe, Louise, and Alissa, to the marriage. Together, their family was complete, they were just family...not steps! Through the years, he welcomed many kids, grandkids, great-grandkids and “bonus” kids into his home and his life.
Dave worked very hard to provide for his family by first working at Environmental Products in Rapid City, SD, later moving to Tri-State Construction in Belle Fourche, SD, and finally working for Butte Electric Co-Op in Newell, SD, until his retirement in 2015. When his wasn't working, he was an active member of the Newell Ambulance Crew for 41 years where he spent many years as the director. He bowled on a league and also loved golfing. He had an active role in tournaments, golf league, and was a member of the board for the Newell Golf Club. He was a member of the Newell Community Club where he was the president for many years and was also a member of the Newell Lions Club where he received the Melvin Jones Fellowship award.
Dave and Betty were active members of the Newell Evangelical Church for many, many years and on occasion, when needed, Dave would step in and lead the church in the Sunday morning sermon. He was a deacon of the church and a talented choir member until his passing. He spent many hours designing the new church building.
Dave was a friend to everyone and he was the most generous, loyal, kind-hearted man, that was willing to help anyone and would have given you the shirt off his back.
After Dave's retirement, he was excited to purchase his new truck, a new side-by-side, and his brand-new Ruger 6.5 rifle. He wanted the side-by-side so the family could have fun and he wanted his new gun so he could go hunting with the guys at the ranch. The Sunday before he got the call from the Nebraska Medical Center that he needed to head that direction for his transplant, we spent an amazing day at the ranch, riding the side-by-side and dirt bikes, hanging out on the hill shooting guns, and making precious memories with family. That day will forever be cherished.
Dave is survived by his loving and loyal wife, Betty; his beautiful mother, Rosie Zwetzig; and his puppy dogs, Dexter and Puppy; children, Dena Simmons (Derby Keever), Troy (Shannon) Zwetzig, Joe (Janet) Falzerano, Dawn (Ross) Hunter, Louise Zwetzig (Darroll Hopkins) and Alissa (Robert) Hopkins; grandchildren, Shonda Zwetzig (James Ganje), Jaymes Simmons, Amber (Tristan) Tilberg, Mariah (Brandon) Overweg, JD Zwetzig, Taylor (John) Mize, Derrick Hopkins, Jordan Yates (Trent Tope), Celie Jones (Josh Larson), Cole Falzerano (Brittany Meeks), Sierra Hopkins, Ayden Hopkins, Jadyn Hopkins, Colton Campbell, Clayton Campbell, Brady (Michelle) Gilmore, Frasier Hunter, and Sarah Hunter; great-grandkids, Peyton, Andrew, Brayden, RayLee, Ben, Grayson, Wyatt, Joyah, Porter, Collins, Kase, Leon, Talia, and Vash; and some “Bonus” grandkids, Cody Lynn, Codi Marie, Corrie, Colton, Cheyenne, and Dakota; sisters, Linda (Albert) Witte, and Rose Marie (Larry) Ferguson; brother-in-law, Oscar (Barbara) Stomprud; and numerous nieces and nephews.
He was preceded in death by his dad, Victor Zwetzig; brother, Jerry Zwetzig; father-in-law, Chester Stomprud; mother-in-law, Rosa Stomprud; mother-in-law, Opal Nelson-Stomprud; brother-in-law, Don Stomprud; and his grandparents.
Memorials has been established to the Newell Ambulance service or Newell Evangelical Church.
Next summer (2021) we would like to have a memorial golf scramble at the Newell Golf Course.
Private visitation will be 5:00 to 7:00 p.m. Friday, August 21. Private family committal services will be held at 10:00 a.m. Saturday, August 22, 2020. Both the visitation and committal services will be live-streamed on the Kinkade Funeral Chapel Facebook page.
Read Less

To send flowers to the family or plant a tree in memory of Dave Zwetzig, please visit our Heartfelt Sympathies Store.

Receive notifications about information and event scheduling for Dave Zwetzig

We encourage you to share your most beloved memories of Dave Zwetzig here, so that the family and other loved ones can always see it. You can upload cherished photographs, or share your favorite stories, and can even comment on those shared by others.

Shaun Ferguson, The Ferguson and Mayes Families, and other have sent flowers to the family of Dave Zwetzig.
Show you care by sending flowers

The Ferguson and Mayes Families

The Ferguson and Mayes Families purchased flowers and planted a memorial tree for the family of Dave Zwetzig. Send Flowers

Posted Aug 19, 2020 at 08:03pm
Dave, your roots have gone deeper and have spread farther than this tree could even fathom! You rocked here on earth, see you soon!

My family has always considered you family Bob!
CT

Posted Aug 16, 2020 at 10:52am
Please accept our most heartfelt sympathies for your lossour thoughts are with you and your family during this difficult time. 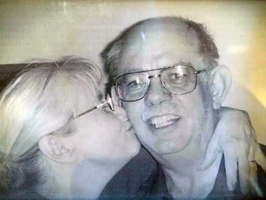 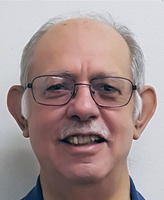