To share your memory on the wall of Davina “Dee” Blair, sign in using one of the following options:

Provide comfort for the family of Davina “Dee” Blair with a meaningful gesture of sympathy.

Print
Services To Be Held At A Later Date

We encourage you to share your most beloved memories of Davina “Dee” Blair here, so that the family and other loved ones can always see it. You can upload cherished photographs, or share your favorite stories, and can even comment on those shared by others.

Posted Apr 09, 2020 at 09:35pm
Kent & Family: Please accept our most heartfelt sympathies for your loss... Our thoughts are with you and your family during this difficult time.

I remember Dee fondly from our family reunions. Our family always enjoyed her company and looked forward to seeing her. Robert, Alan and I send our deepest condolences to all our cousins and family.

Posted Apr 09, 2020 at 10:35am
Remembering Dee with many fond memories. Sending love and prayers.

Posted Apr 09, 2020 at 01:26am
I went to School with Dee, it's so sad to see our classmates leaving us so young. Rest in Peace young lady, you are missed!
Enjoy the reunion with your son!

Posted Apr 08, 2020 at 01:55pm
Dee, you were our friend and our sister from another mother... to say you will be missed does not even sum up my heart.
Rest in Peace Dee...To all the Cooley family, my heart and love is with you..
Always
Angie Robinson (Wilsey)
Comment Share
Share via:
JM

Posted Apr 07, 2020 at 12:26pm
Dee and I have been friends for many years. Paula and Mike Mading introduced us. We would see each other when I went to Billings and would come to the ranch quite often. I drove her to see her Doctor in Missoula when he told her the cancer was no longer there. I was whooping & hollering I was so excited. We got on the interstate to go back to Billings. She was very quiet except a couple of times when she asked if I knew how fast I was going. Yup lead foot. She just grinned when I slowed down. She was honorable and a steadfast friend. She loved her family and friends and road trips! I will miss her.
Comment Share
Share via: 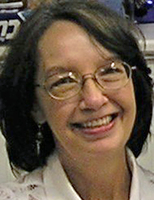