To share your memory on the wall of Donald "Don" Goff, sign in using one of the following options:

Provide comfort for the family of Donald "Don" Goff with a meaningful gesture of sympathy.

There are no events scheduled. You can still show your support by sending flowers directly to the family, or planting a memorial tree in memory of Donald "Don" Goff.
Plant a Tree

We encourage you to share your most beloved memories of Donald "Don" Goff here, so that the family and other loved ones can always see it. You can upload cherished photographs, or share your favorite stories, and can even comment on those shared by others.

Posted Apr 23, 2020 at 11:31pm
I remember the first thanksgiving at your house and how you taught me to play cribbage. Little did I know how invaluable that game would become when I taught it to Donald and Liz. The times that we worked on Danny and my house and the hugs you gave to our kids. I can imagine the reunion between you, Danny and Bart was so sweet. May you rest in peace!
Comment Share
Share via: 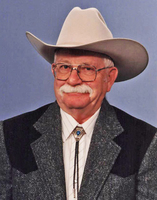