To share your memory on the wall of Donald “Don” Gene Schellhouse, sign in using one of the following options:

To send flowers to the family or plant a tree in memory of Donald “Don” Gene Schellhouse, please visit our Heartfelt Sympathies Store.

We encourage you to share your most beloved memories of Donald “Don” Gene Schellhouse here, so that the family and other loved ones can always see it. You can upload cherished photographs, or share your favorite stories, and can even comment on those shared by others.

David and Trena, Del Wurtz and Anita Manning, and other have sent flowers to the family of Donald “Don” Gene Schellhouse.
Show you care by sending flowers

Posted Dec 26, 2019 at 06:03pm
So sorry for your loss. Spent many an hour out pickin with Don and Donna. Lots of road time, auctions, shows, and coffee around the kitchen table. So many good memories ❤️!
Comment Share
Share via:
DT

David and Trena purchased flowers and planted a memorial tree for the family of Donald “Don” Gene Schellhouse. Send Flowers

Posted Dec 24, 2019 at 03:08pm
My sympathy to all Dons family. Seeing his picture brings back so many memories. Once again, Don and Duane can be together.
Comment Share
Share via:
D

Posted Dec 24, 2019 at 12:59pm
Don gave my mom and I a ride home from the hospital when I was born I will always cherish that Dwight Smedsrud
Comment Share
Share via: 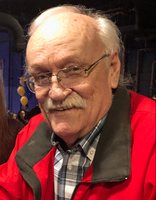 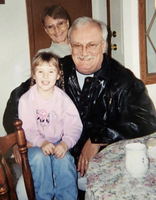 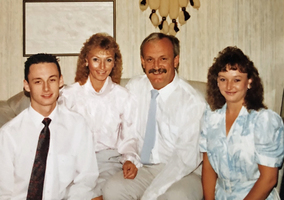