To share your memory on the wall of Douglas "Doug" Paul Hendricks, sign in using one of the following options:

To send flowers to the family or plant a tree in memory of Douglas "Doug" Paul Hendricks, please visit our Heartfelt Sympathies Store.

We encourage you to share your most beloved memories of Douglas "Doug" Paul Hendricks here, so that the family and other loved ones can always see it. You can upload cherished photographs, or share your favorite stories, and can even comment on those shared by others.

Posted Feb 06, 2020 at 07:58am
Doug and I hung out a little in 6th grade, I went to a few of his track meets with him. Even though we didn't hang with the same group of kids we remained friends. Facebook allowed us to get to know each other a little better in more recent years and on one of his truck routes he stopped in at my family reunion in Montana. It was so nice to see him. I was so happy he found Patty and happiness again. He was a great son too.... You were lucky to have such a good son Joanne.
Comment Share
Share via:

Posted Feb 06, 2020 at 07:51am
Wishing you peace to bring comfort, courage to face the days ahead and loving memories to forever hold in your hearts.

Posted Feb 03, 2020 at 09:05pm
Memories, wow I have known Doug since grade school. I remember back in first or was it second grade some bullies were picking on me he stepped in, ran them off. Every time our paths crossed; he was always good to me. You are gone to soon, RIP my friend.
Comment Share
Share via: 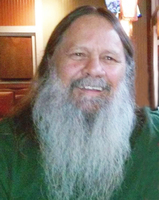 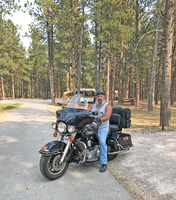