To share your memory on the wall of Dean Snyder, sign in using one of the following options:

To send flowers to the family or plant a tree in memory of Dean Snyder, please visit our Heartfelt Sympathies Store.

Receive notifications about information and event scheduling for Dean Snyder

We encourage you to share your most beloved memories of Dean Snyder here, so that the family and other loved ones can always see it. You can upload cherished photographs, or share your favorite stories, and can even comment on those shared by others.

Posted Aug 10, 2020 at 12:11pm
Cliff and Janice were good friends with my folks, Glenn and Lois Wilson (Wilson Feed and Implement in RC). My brother Nathan worked at the Snyder ranch during his high school/college years. Our family became quite close to the Snyder family... often spending Sunday afternoons together: fishing, picnicking, or just spending time at the ranch. I remember Dean and Kay in those years and appreciated Dean's silent and amiable manner. He was always patient and seeking to understand the people and circumstances around him before deciding and acting on what needed to be done. We hunted, fished, and ate together many times. My condolences to the family and friends who knew him in these later years. (Rev.)Peary and Eileen Wilson
Comment Share
Share via:
BS

Posted Aug 10, 2020 at 09:54am
Snyder family, my heartfelt sympathies go out to all of your family and children. The legacy
that Dean and Kay have left behind is enormous.! You will be comforted by all the memories and
the thought that Dean is again holding hands with his partner, Kay. God be with you, Barb Shepardson
Comment Share
Share via:

Posted Aug 08, 2020 at 06:14pm
I never knew the man, but his story is the kind one likes to read. It reminds me of the story of George Blair's life when I read his .
I'm sorry for Your loss . I saw the pics and he must have had a great life with his family.Pics and memories long to be treasured and kept close to ones heart. I especially like the part where he stood his ground with the milk inspector. Good for you Mr. Snyder. Be well family and remember this great hard working man. DB
Comment Share
Share via:
DM

Posted Aug 08, 2020 at 05:09pm
What a lovely place to have a gathering for Dean but on the ranch he loved so much. Our thoughts are with you...Dean and Sandi McNenny.
Dean (McNenny) remembered working on the ranch one summer during high school. He recalled being in the milking “parlor” but never
having to milk...thank goodness. He was a field hand and worked side by side with Dean and his dad, Cliff.
After lunch, Cliff would take a half hour nap and then back to the fields the three of them would go...it was hard, hot work...no air conditioned
machinery. .
Comment Share
Share via: 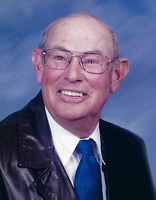 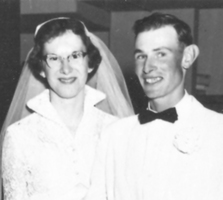 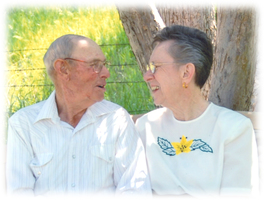 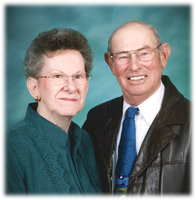