To share your memory on the wall of Neil Collins, sign in using one of the following options:

To send flowers to the family or plant a tree in memory of Neil Collins, please visit our Heartfelt Sympathies Store.

Receive notifications about information and event scheduling for Neil Collins

We encourage you to share your most beloved memories of Neil Collins here, so that the family and other loved ones can always see it. You can upload cherished photographs, or share your favorite stories, and can even comment on those shared by others.

Posted Jan 03, 2020 at 12:14pm
Neil's family, We are sorry we could not make it to the services. Sending our heartfelt sympathy and prayers to Sharon and family.
Jr. and Carol Olson
Comment Share
Share via:
BM

Posted Dec 17, 2019 at 12:43pm
My condolences to you, Karla, and to your family and friends for the loss of your father. Blessings for healing and grace at this difficult time.

Posted Dec 15, 2019 at 10:24pm
so sorry for your loss, Neil was an awesome man, many great memories! take care and God bless
Rick and Pam Scott

Posted Dec 15, 2019 at 12:34pm
Uncle Neil was a great guy! Always had a smile on his face and a story or two! I have many good memories of him. He’ll enjoy a better place with old friends now! My love and blessings to his family, Dale Casteel
Comment Share
Share via:
DN

Posted Dec 14, 2019 at 03:42pm
I'll always remember the conversations with Neil. You were always guaranteed a good laugh. I know he will keep things smiling in Heaven. Sharon and family, know I'm thinking of you and hoping you will always smile and find comfort in the many memories he's left you.
Comment Share
Share via: 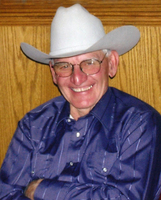 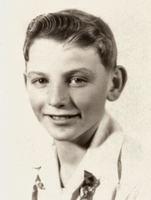 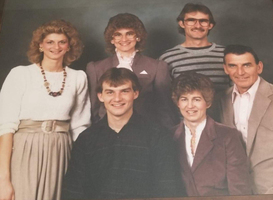