To share your memory on the wall of Francelia "Fran" Mary Benton, sign in using one of the following options:

To send flowers to the family or plant a tree in memory of Francelia "Fran" Mary Benton, please visit our Heartfelt Sympathies Store.

We encourage you to share your most beloved memories of Francelia "Fran" Mary Benton here, so that the family and other loved ones can always see it. You can upload cherished photographs, or share your favorite stories, and can even comment on those shared by others.

Amelia and Elizabeth McElvaney sent flowers to the family of Francelia "Fran" Mary Benton.
Show you care by sending flowers

Posted Feb 27, 2020 at 09:44am
I just read that Fran passed away. My heart goes out to the family. Fran was an exceptional mother. She loved her 2 boys. She was a wonderful neighbor? I cannot remember her without a smile on her face. I was fortunate to visit with her a few years ago. She still had that twinkle in her eyes. I will have nothing but fond memories of her. May she rest in peace.
Comment Share
Share via:
AM

Posted Feb 04, 2020 at 07:32pm
What a beautiful angel for us to enjoy while she was here with us. I first met Fran and Carl in 1968 in Oct. We had went to the mckillips where my mom was to meet a as fran ssud a nice man. I was outside playing with the puppies when a man rode up on his horse and peered at the nice woman Carl had told him hed meet and her little girl. That little girl was me. I got my first horse ride before he even met my mom. Three months later he became my daddy. It was like fran and carl knew that we all needed each other. Fran even gave me a siamese kitten that was my friend all thru my school years. She would always visit my mom and I even had her over for a holiday meal with my mom. My way of saying thank you for the two most amazing gifts a girl could ever have. She had known my dad as he was a little biy in edgemont. I will surely never forget this beautiful angel.
Comment Share
Share via:
C 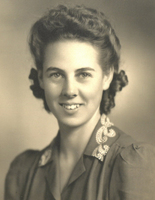 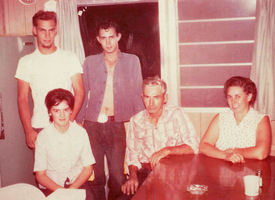 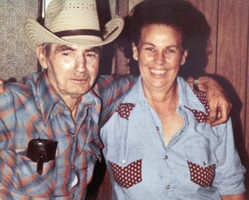