To share your memory on the wall of Fritz Hughes, sign in using one of the following options:

To send flowers to the family or plant a tree in memory of Fritz Hughes, please visit our Heartfelt Sympathies Store.

Receive notifications about information and event scheduling for Fritz Hughes

We encourage you to share your most beloved memories of Fritz Hughes here, so that the family and other loved ones can always see it. You can upload cherished photographs, or share your favorite stories, and can even comment on those shared by others.

Posted Mar 08, 2020 at 08:10pm
I didn't know to much about Fritz because the only place I ever seen him was at the church at Stoneville. We LOVED hearing him play with Edna. Grateful to have had the opportunity to have meet him and heard him play. Seemed to have a gentle soul. I'm so sorry for your loss.
Comment Share
Share via:
HS

Posted Mar 06, 2020 at 05:03pm
Eternally grateful to Fritz for the joy that he brought into Edna's life. The world is a better place because he was here.

Flowers were purchased and a memorial tree planted for the family of Fritz Hughes. Send Flowers

Posted Mar 06, 2020 at 10:06am
Vince and I were privileged to get to know Fritz as he musically partnered with my aunt, Edna Smith. Listening to the two of them play piano was a joy. The world has lost a kind, caring and multi-talented gentleman. Condolences to his family, friends and Edna Smith.

Posted Mar 05, 2020 at 03:24pm
My mother enjoyed Edna's and Fritz's music when they played for the residents at Mt. View Assisted Living, therefore it was only fitting to have them play at her funeral. Our sympathy to Edna and his family. RIP Fritz. Linda Burnham
Comment Share
Share via: 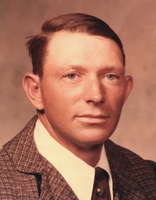 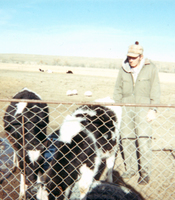 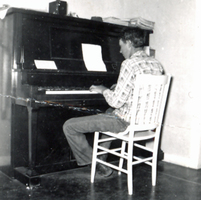 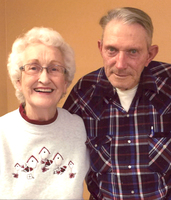