To share your memory on the wall of George Rudolph Hlavka, sign in using one of the following options:

Print
George Rudolph Hlavka was born on May 31, 1926, in Plainview, SD, to Rudolph and Grace (Blake) Hlavka.
George was raised as an only child on a small ranch west of Howes, SD, and attended grade school at a country school. He started high s... Read More
George Rudolph Hlavka was born on May 31, 1926, in Plainview, SD, to Rudolph and Grace (Blake) Hlavka.
George was raised as an only child on a small ranch west of Howes, SD, and attended grade school at a country school. He started high school in Sturgis, SD, in 1939. No one could afford to go home, but every two weeks, parents took turns hauling students back and forth. He got $1.00, which had to last the entire two weeks.
After school, George and his friends would grab a shovel and work for the City of Sturgis for $0.35 an hour digging water ditches. This was the first water for the City of Sturgis. He and his friends thought they were rolling in money!
George met his wife of 46 years, Garnet Satter, when she was a freshman and he was a senior at Faith High School. Bob Short’s mother hosted a party at her home for some of Bob’s friends. Every lady in attendance put a slipper in an old dish pan. The men would then choose a slipper and matched it to his date for that evening. George said he never wanted to leave her side and they were married on May 24, 1948.
George was drafted into the Army in the Spring of 1945. Forty-four young men from Meade County traveled to Fort Snelling in Minnesota for induction. Jimmie O’Grady, Willis Mann, and George were transferred to Jefferson Barracks, MO. Thereafter, they proceeded to Camp Wolters, TX, for basic training in clothing that was way too large. After finishing basic training, an announcement was received as Victory Over Japan Day.
They were sent home for a short furlough and then boarded a darn old train, confident and excited that they were headed overseas, as a bulletin had been posted for them to be at the railroad depot with full field packs, gas masks, and heavy wool uniforms. George and Jimmie woke up three days later in Fort Benning, GA, and that’s where they stayed. He was honorably discharged from the Army in the Fall of 1946 at Fort Braggs, NC.
Upon his discharge, he returned to the farm. He also hauled grain and livestock for Jimmy Simons. In 1948, George and Ed McQuirk bought the Howes store with the beer license being solely in Ed’s name, as well as Ed being the postmaster, as neither George nor Garnet were old enough. Their daughter, Wanda, was born in 1950, and daughter, Connie, came along in 1953.
Following the sale of the Howes store, George and Garnet rented the Linell place near Faith. George taught himself welding and mechanics and obtained a job at Mastel’s Garage in Faith, working there for a couple of years. Prior to purchasing the ranch in Opal, SD, in the Fall of 1954, he supported the family on his Uncle Joe’s ranch in Plainview.
George and Garnet ranched for eighteen years in Opal, also renting the Tello Peterson place. They moved to Sturgis in 1971, where George formed an excavating company and later a trucking company. Together, George and Garnet retired and commenced spending winters in Arizona and Texas for five years. Garnet passed away in April of 1995.
That following fall, George continued to winter in Arizona with relatives, Wayne and Verla Lang. While in Apache Junction for the winter in 1995, George met his companion of 23 years, Violet Stunkard. He and Vi continued to travel, residing in Donna, TX, and dividing their time between Sturgis and Omaha, NE, where Vi has a home and family.
George Hlavka, 93, of Sturgis, passed away on Tuesday, January 14, 2020, from complications following heart surgery.
Among many friends (George never considered anyone a stranger) and relatives, he is survived by Vi and her extended family, as well as by daughters, Wanda (Richard) Newbrough, and Connie (Rollie Griffith) Martin. Also surviving are his grandchildren, Stacy Kopp, and her children, Brody, Riley, and Hannah of Hermosa; Stephanie (Troy) Stevens and their children, Cooper, Grace, Conner, and Camden of Gillette, WY; and Jesse (Jeanie Wirkus) Newbrough and their children, Adryana and Adilynn of Rapid City. Nieces, Shelley Erickson and Ava Love, also shared a special place in his heart, as did Vi’s children, Gus (Cindy Balzer) Stunkard, Carrie (Marty) Hagge, and Alison Brewer, their children, and many great-grandchildren.
George loved his life. Death is a part of life. Thank you, God, for giving us this wonderful man for 93 years.
Visitation will be held from 5:00 p.m. to 7:00 p.m., with a Rosary at 6:00 p.m., on Monday, January 20, at Kinkade Funeral Chapel in Sturgis.
Mass of Christian Burial will be held at 10:00 a.m., Tuesday, January 21, 2020, at St. Francis of Assisi Catholic Church in Sturgis with Father Timothy Castor and Pastor Harold Delbridge officiating. Committal services with military honors will follow at Black Hills National Cemetery.
In lieu of flowers, memorial donations may be made to the Sturgis Kiwanis or the Sturgis VFW.
Read Less

To send flowers to the family or plant a tree in memory of George Rudolph Hlavka, please visit our Heartfelt Sympathies Store.

We encourage you to share your most beloved memories of George Rudolph Hlavka here, so that the family and other loved ones can always see it. You can upload cherished photographs, or share your favorite stories, and can even comment on those shared by others.

The Barnes, Petersens, Kerker, and Velinsky famili and Mary Hagge and Family sent flowers to the family of George Rudolph Hlavka.
Show you care by sending flowers

Posted Jan 20, 2020 at 12:09pm
You have been a blessing to Vi and our neighborhood. Our prayers are with George and his family.

Posted Jan 19, 2020 at 02:10pm
Our family has been blessed for having known George. Our deepest sympathy to the family. George will be sadly missed.

Posted Jan 18, 2020 at 06:32pm
Our thoughts and prayers are with your entire family. We had the pleasure of meeting George through Vi and her family in Omaha. George was just one of those people you were glad you met. He will be missed by all!

Posted Jan 18, 2020 at 04:52pm
I met George when my dad went with george's mother grace. He was always such a gracious man and whenever I would see him and Vi we always had a great time. He will be missed by many.
Comment Share
Share via:
CN 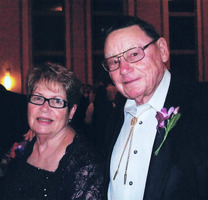 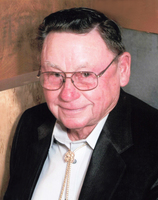 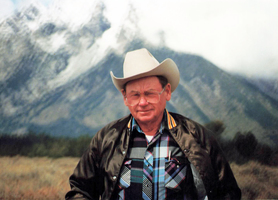 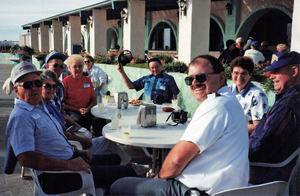