To share your memory on the wall of George Kerner, sign in using one of the following options:

To send flowers to the family or plant a tree in memory of George Kerner, please visit our Heartfelt Sympathies Store.

Receive notifications about information and event scheduling for George Kerner

We encourage you to share your most beloved memories of George Kerner here, so that the family and other loved ones can always see it. You can upload cherished photographs, or share your favorite stories, and can even comment on those shared by others.

Posted Apr 06, 2020 at 07:32pm
Mr. Kerner use to be my Neighbor when he lived in Glover addition. I truly enjoyed visiting with him when I did. His wife was a very pleasant woman to visit with also. My condolences to the family DeWayne Brink
Comment Share
Share via:
MM

Posted Jan 29, 2020 at 07:43pm
I had the pleasure of meeting George at the VA where he was a neighbor to my Dad. He was such a great person to sit and talk to, and he and my Dad became good friends. May he rest in peace and we are all so thankful for his selfless service to this great Country. He lived an amazing life and left a this world a better place.
Comment Share
Share via:
MB

Posted Jan 29, 2020 at 10:28am
George, you may not have known I was your neighbor, but perhaps you saw me as I drove past your house for so very many years. I was always watching to make sure your blinds came up in the morning and closed when you called it a night. We hope that you find peace and comfort, now that you can be with your beloved wife again. Melanie and Shawn Barrows
Comment Share
Share via: 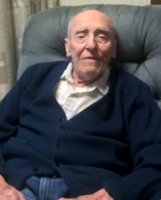 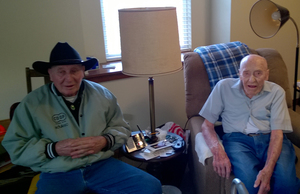 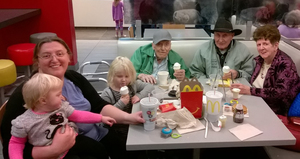 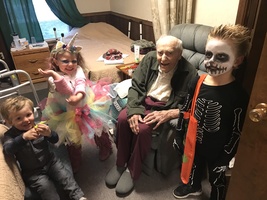