To share your memory on the wall of Glenn Thomas Reede, sign in using one of the following options:

To send flowers to the family or plant a tree in memory of Glenn Thomas Reede, please visit our Heartfelt Sympathies Store.

We encourage you to share your most beloved memories of Glenn Thomas Reede here, so that the family and other loved ones can always see it. You can upload cherished photographs, or share your favorite stories, and can even comment on those shared by others.

Posted Sep 13, 2020 at 11:55pm
We are so sorry to hear this. We just seen him a couple of weeks ago. Glenn was a friend of the family for many years, my folks Shirley and Truman Parker were very good friends with him for a very long time. He will be greatly missed. You are in our thoughts and prayers. Jim and Jada Udager
Comment Share
Share via:
HS

Posted Sep 13, 2020 at 07:08pm
Our thoughts and prayers are with you all at this time. Bill McDaniel and families.

Flowers were purchased for the family of Glenn Thomas Reede. Send Flowers

Posted Sep 11, 2020 at 09:41am
Sorry to hear of Capt. Glenn's passing. Condolences to his family and we know he looking down holding a toast to everyone.
Comment Share
Share via: 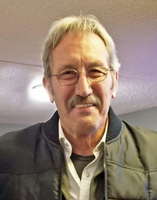 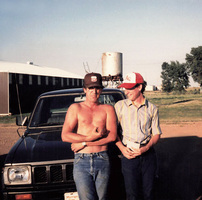 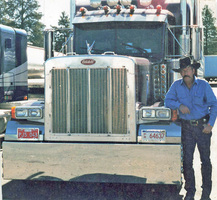