To share your memory on the wall of Harold Edwin Severson, sign in using one of the following options:

To send flowers to the family or plant a tree in memory of Harold Edwin Severson, please visit our Heartfelt Sympathies Store.

We encourage you to share your most beloved memories of Harold Edwin Severson here, so that the family and other loved ones can always see it. You can upload cherished photographs, or share your favorite stories, and can even comment on those shared by others.

Terrance H Smith and Bud and Nancy Smith and Family sent flowers to the family of Harold Edwin Severson.
Show you care by sending flowers

Posted Aug 05, 2020 at 07:20pm
Nila you and your family are in our thoughts may God Bless you! Mom and Dad always thought the most of you and Harold. Bud and Betty Smith Family

Bud and Nancy Smith and Family

Posted Aug 05, 2020 at 07:15pm
Nila we wish you peace and comfort in Harold's passing. Mom and Dad always thought the world of him and you. God Bless You Bud and Betty Smith Family

Posted Aug 05, 2020 at 05:43pm
Our sympathy to Nylia and all of Harold's family. I sure enjoyed lunch time at New Underwood with Harold and our mom, Elsie. Harold and Nylia always so nice, we could visit about farm and ranch life and of course the Smith family. Thinking of you.
Comment Share
Share via:
JS

Posted Aug 05, 2020 at 01:49pm
Nyla and Family......Alice's family sends their love and condolences. Many great memories of shared times over the years.
Comment Share
Share via:
MG

Posted Aug 03, 2020 at 03:50pm
Nyla, I’m sure thinking of you at this time. Thank you for your friendship and memories. I enjoyed all our times together.
Marlys Green
Comment Share
Share via: 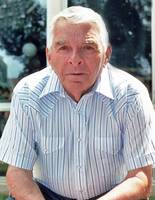 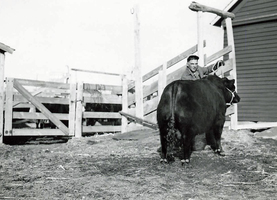 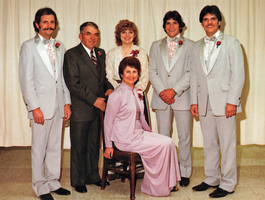