To share your memory on the wall of Howard Earl Peterson, sign in using one of the following options:

Provide comfort for the family of Howard Earl Peterson with a meaningful gesture of sympathy.

There are no events scheduled. You can still show your support by sending flowers directly to the family, or planting a memorial tree in memory of Howard Earl Peterson.
Plant a Tree

We encourage you to share your most beloved memories of Howard Earl Peterson here, so that the family and other loved ones can always see it. You can upload cherished photographs, or share your favorite stories, and can even comment on those shared by others.

Posted May 25, 2020 at 05:13pm
Sorry to have read of his passing! Was a very fine gentlemen and was always very respectful of anyone who helped him along the way. Now he is at home and serving the 'supreme commander'.
Comment Share
Share via:

Posted May 24, 2020 at 10:26pm
Like many others, I grew up in Whitewood with this good, good man. He was a pillar of our community. He taught kids true western horsemanship. I enjoyed, with my siblings being in the saddle club with him. Our Play Days were always great. When others were a little stand-offing with a teenager, Howard would treat you like a young man or woman. He was never pretentious. I am so happy I got to visit with him for awhile while we were waiting for an appointment at the Fort about a month ago. We also always had a ball at The Days and the Whitewood dance hall. I will miss you old friend. I’d love to see what horse you gallop through those pearly gates on. God Speed, have a good rest, you’ve earned it.
Comment Share
Share via:
KG

Posted May 21, 2020 at 06:31pm
Howard had a big influence on my life as a kid and as an adult. He taught me about horses and lent his horses to me. When I was an adult and borrowed his best horse, he knew I loved him and sold him to me. He helped me start my endurance horse and always gave me good advice. He teased me and was so very fun to be around. I liked playing cards and bean bags with Howard. Although competitive, he made the games fun. I loved watching him jump on a horse with no effort and twirl a rope. He was a very good friend to my parents and Mike's parents as well as us. We are going to make a bench to honor Howard and I hope we will be able to install it at Oak Park.
Comment Share
Share via:

Posted May 21, 2020 at 03:41am
Howard was a wonderful man. I grew up in Whitewood. He was a very good friend of my dads, and he allowed us to keep our horses on his place. He let us use his arena, as well as provided it for Playdays, Ropings, Horse Shows, and 4-H Events. Whitewood was a much better place due to Howard. My childhood was much richer because of him. I could always count on him to help me with any problem I had. Many times I needed help and called on him, and he never said no. He was my friend. I loved him.
~Susan Humphrey
Comment Share
Share via:
JF

Posted May 20, 2020 at 02:41pm
Have so many good memories of Howard. Taking turns pulling tricks on each other. I put a crank on the front of
his pickup one time and tied a Pinata to the end of his pickup, peanut buttered his door handles and he would
return the favor by "fixing " up my car for me. John and I took him for a 3 hour drive for his 91st birthday down around
Rochford, Mystic, Reynolds Prairie etc. He loved that. He always made us laugh and feel special. He picked on our kids
also. He will be so missed, absolutely loved that man. Keep in line in Heaven Howard. :)
Comment Share
Share via: 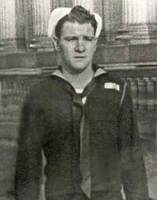 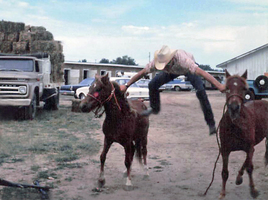 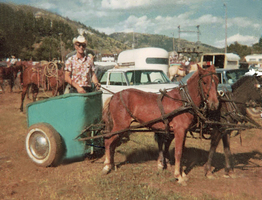 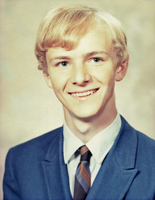