To share your memory on the wall of Iren Jay \"Bubba\" Borup, Jr., sign in using one of the following options:

Provide comfort for the family by sending flowers or planting a tree in memory of Iren Jay "Bubba" Borup, Jr.

Provide comfort for the family by sending flowers or planting a tree in memory of Iren Jay "Bubba" Borup, Jr.

To send flowers to the family or plant a tree in memory of Iren Jay "Bubba" Borup, Jr., please visit our Heartfelt Sympathies Store.

We encourage you to share your most beloved memories of Iren Jay "Bubba" Borup, Jr. here, so that the family and other loved ones can always see it. You can upload cherished photographs, or share your favorite stories, and can even comment on those shared by others.

Posted Feb 06, 2020 at 10:06pm
My deepest condolences to your family during this difficult time. May your heart be filled with wonderful memories

Posted Feb 05, 2020 at 10:23pm
Jay and I grew up together in the thriving metropolis of Whitewood. He was a standup guy. We both served in Vietnam Nam and enjoyed our reunion in Pierre in 2006 that featured The Beach Boys. He was one of the good guys. RIP my friend.
Comment Share
Share via:
TK

Posted Feb 05, 2020 at 04:50pm
Nicole and family- I am so sorry for your loss. I remember your Dad coming in with you to take photos at Wildfire Studio. We would run into each other now and then, and it was always a joy to see him.
As the days and weeks pass,and as you return to life's routine, may you continue to feel comforted by the love and support of family and friends."
Tiff Wolff Koshiol
Comment Share
Share via:
MR

Posted Feb 05, 2020 at 01:26pm
Carmen and family- was so sad to see this. What a nice write up and so very true. Everyone loved your dad. Our thoughts are with you all. Mark and Michelle
Comment Share
Share via: 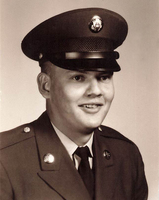 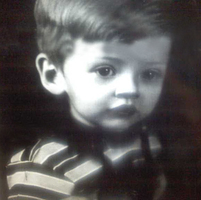