To share your memory on the wall of Jacob Rieb, sign in using one of the following options:

To send flowers to the family or plant a tree in memory of Jacob Rieb, please visit our Heartfelt Sympathies Store.

We encourage you to share your most beloved memories of Jacob Rieb here, so that the family and other loved ones can always see it. You can upload cherished photographs, or share your favorite stories, and can even comment on those shared by others.

Posted Nov 12, 2019 at 08:11am
We are sorry for your loss. We missed Jake at church. He always sat behind us and visited on Sunday mornings.
He was such a nice man. Dale knew him from his sharpening shop as well, no one filled his shoes.
With our sincere sympathy to the family at the loss of such a kind and gentle man.
René and Dale Larson

Posted Nov 12, 2019 at 12:54am
Dear Rieby, Glenn and families. Larry and I are so very sorry for your loss of your Dad. What a wonderful man and we will always have fond memories. When in high school he always made sure there was plenty of gas in your little Volkswagen for the many trips to Spearfish and around town. He always had a great smile too! There are lots of Angels in Heaven and Jake is now there watching over you all. Deepest of Sympathy. Safe travels and Love Always. Mary Bonrud

Posted Nov 11, 2019 at 11:58am
Please accept our most heartfelt sympathies for your loss... Our thoughts are with you and your family during this difficult time. 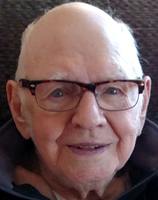 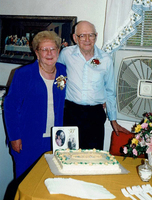 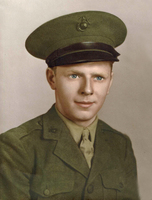