To share your memory on the wall of JoAnne and Robert Constantine, sign in using one of the following options:

JoAnne Constantine, age 77, and Robert Constantine, age 77, enjoyed 57 years of marriage together. They traveled the world united in love and they left the Earth together in the city they cherished, Sturgis, SD.
Loved by many and inspirations to many more, to know them was truly an honor.
JoAnne Constantine graced the world, born to her delighted parents William and Virginia Greavu in Chicago, Ill. She told many wild stories of her Chicago youth, but the fondest memory she told was of her grandfather playing the piano for the family. Her love for music only grew on from there becoming a rock star in her own right. Heavy metal music, rides on a Harley, a night of scary movies, and time with family was all she needed for a perfect day. A world traveler, a physical therapist, a brave adventurer, and the world’s greatest Mom, grandmother, and Great Grandmother, will leave many missing her positive light.

Robert Constantine fought his way into this world born in Aitkin, Minnesota. Born to his parents Russell and Evelyn Constantine. His childhood was spent roaming the rolling prairies of Britton, South Dakota. With a degree in paramedicine Robert went on to be awarded a Good Conduct medal in the Navy, marrying the love of his life, be a hero to many as a firefighter, and become the world's best father, grandfather, and great grandfather. He traveled the world on adventures with his wife and kids, loved telling a good joke, and spent many hours wrenching on cars and inventions. Retired from the US Navy as an E6 Signalman, he served on many ships, and eventually went on to retire as a Clark County Firefighter as well.
JoAnne and Robert are survived by their loving children, grandchildren, and great grandchildren, and siblings. Richard (Rick), Robert (Bobby), LyNelle (Nellie) and Ronald (Ron), their children, now adults, will cherish every moment spent with their parents and will proudly carry on the Constantine name. JoAnne is survived also by her sister, Janet Morgan; as you know there is no bond like a sibling bond, and they were the best of friends, not only sisters. Robert is survived by siblings, Don Constantine, Kenzie Constantine and Audrey Shilhanek.
To celebrate the life these two spectacular people created together, there will be a memorial. The memorial will take place May 25, 2021, Kinkade Funeral Chapel in Sturgis, SD.

“The best and most beautiful things in this world cannot be seen or even heard, but must be felt with the heart.” - Helen Keller
Read Less

To send flowers to the family or plant a tree in memory of JoAnne and Robert Constantine, please visit our Heartfelt Sympathies Store.

Receive text or email updates for JoAnne and Robert Constantine

We encourage you to share your most beloved memories of JoAnne and Robert Constantine here, so that the family and other loved ones can always see it. You can upload cherished photographs, or share your favorite stories, and can even comment on those shared by others. 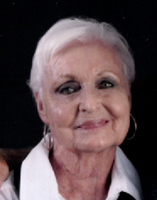 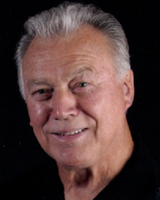