To share your memory on the wall of John "Jack" William Donahue, sign in using one of the following options:

There are no events scheduled. You can still show your support by sending flowers directly to the family, or planting a memorial tree in memory of John "Jack" William Donahue.
Plant a Tree

We encourage you to share your most beloved memories of John "Jack" William Donahue here, so that the family and other loved ones can always see it. You can upload cherished photographs, or share your favorite stories, and can even comment on those shared by others.

Posted Mar 20, 2020 at 09:52am
Such memories-saw Jack’s obituary in the online paper and I’m back in Onida in high school. Sending sympathy and thoughts of all the good years! Carol (Dunlap) Kortan, Onida class of 1962 and Yankton College class of 1965
Comment Share
Share via:
RK

Posted Dec 22, 2019 at 08:33am
I was about nine years old when Jack, known to all of us at Pickstown as Coach, pulled me from the Missouri River and pumped me back to life. He will always be one of my heroes. Bob Keener, Class of '61.
Comment Share
Share via:
CW

Posted Dec 19, 2019 at 03:50pm
Donahue family - My name is Crystal Carlson Walton. My father was Harry "Junior" Carlson from Winner, who I believe was a cousin of Mildred, but much closer in age to Jack. My dad often talked about your father. My husband and I live close to Silver City and my dad came to visit and he and my husband went up to Silver City to visit your father. My dad enjoyed that visit so much. I am imagining they are chatting again in Heaven! My sympathies to you all, it is a hard thing to lose a father. Memories of my very special father sustain me as I am sure yours will also. God Bless.
Comment Share
Share via:
GR

Posted Dec 19, 2019 at 02:56pm
Coach Donahue was my favorite at Pickstown high school ... participated in all three sports under him. He got me interested in track and taught me to hurdle ... won both events at the 1955 state track meet and placed in the high jump and broad jump resulting in a second place for our school ... and leading to a SDSC track scholarship for me. I will be forever grateful to him for all he did for me in my formative years! A wonderful man with a terrific perspective on life. I will get a message out to myr Pickstown mailing list.
Guy Rhoades [Pickstown Class of 1955]
Guy Rhoades
Comment Share
Share via:
RE

Posted Dec 19, 2019 at 01:28pm
Jack, He influenced me to get into construction, I started my career in Building construction in June of 1973, and am still doing it even today Dec 19, 2019. I don't know how to quit.
On a lighter side, My dad ask me if I wanted to go fishing him and Jack, ok so I came out with them. Set up on the South side of the North Dam, they told me to get all the lines set up and I looked around the bend and couldn't find them anywhere, Reeds were pretty tall, so I went back to vehicle and their they were, laying next to a tree facing the sun, and sound to sleep, I just turned around and mined the lines, just hoped the Game warden did show up, because these guys are more then 50ft from their poles. No I didn't catch a thing!
Comment Share
Share via: 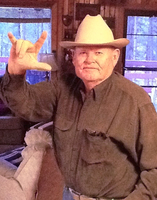 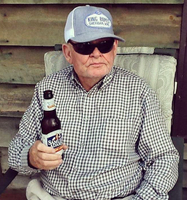