To share your memory on the wall of Joe Lolley, sign in using one of the following options:

One of America’s “GREATEST GENERATIONS”, Joseph “Joe” A. Lolley passed away on August 29, 2020, at the Michael J. Fitzmaurice State Veterans Home in Hot Springs, SD.
Joe was born October 27, 1925 in Valentine, NE, and grew up in Todd County, SD during the mean years of The Great Depression.
On November 20, 1943, he enlisted in the U.S. Army and entered active duty on November 29, 1943. After basic training and artillery school, he was assigned to the 752nd FA Bn 3rd Army. Eventually he went to Scotland and then France. He marched across Europe and General Patton’s 3rd Army (including a stop at Bastogne, Belgium). He separated from the Army on March 10, 1946 at Ft. Leavenworth, KS, and returned to Todd County.
On November 1, 1947, he married a farmer’s daughter, Elva M. Sharp. They had 3 children, Jerry, Mary, and Paul. Joe worked as a rancher, went fishing, trucker, went fishing, school custodian, and went fishing. He taught the kids early to work hard, shoot straight, and fish. He believed one should treat others the way you want to be treated. Respect was earned, not given.
Most of his retirement years were spent fishing, loving his grandchildren, and building birdhouses and feeders. Most everyone who has been around the SD Veterans Home knows about or has one of Joe’s birdhouses or bird feeders, or they may have many, because he gave them away.
Interment with Elva, will be in the Spring of 2021 at Black Hills National Cemetery.

Elva Marie Lolley, 86, passed away February 18, 2017 at the Michael J. Fitzmaurice State Veterans Home.
Elva was born March 10, 1930 to Guy and Bessie Harp, the sixth of nine children. She married Joe Lolley on November 1, 1947 in Valentine, NE. Elva was a lady of many talents: mother, ranch wife, cook for BIA, babysitter, and baby quilt maker.
Elva is survived by her husband of 69 years, Joe; three children, Jerry (Harriet) Lolley of Sturgis, Mary Reimer of Hot Springs, and Paul (Susan) Lolley of Bonaire, GA; six grandchildren; six great-grandchildren; two sisters, Lois Smith of Mustang, OK, and Leona Bilt of Ainsworth, NE; and all the children she babysat and loved.
She was preceded in death by her parents; grandson, Charles Isaaca in 1995: brothers, Kenneth, Carmen, and Richard; and sisters, Garths Duetsch, Athel Whiting, and Betsy Morlang.
Read Less

To send flowers to the family or plant a tree in memory of Joe Lolley, please visit our Heartfelt Sympathies Store.

Receive notifications about information and event scheduling for Joe Lolley

We encourage you to share your most beloved memories of Joe Lolley here, so that the family and other loved ones can always see it. You can upload cherished photographs, or share your favorite stories, and can even comment on those shared by others.

Posted Sep 05, 2020 at 09:43am
Dad was a good man with strong morals, ethics and pride. He has passed that on to us kids . What ever you did do your best. Dad taught us how to work, take responsibility for what we did. He taught all of us how to Hunt and fish. Fishing is in our blood. We grew a large garden and it was a family project. I remember Dad saying if it wasn't something or some place us kids shouldn't be it wasnt good for Mom or Dad either. He is gone to the Lord, but in our hearts and thoughts every day. We were blessed to have Mom and Dad for so long. Love you Dad. Paul
Comment Share
Share via:
JH 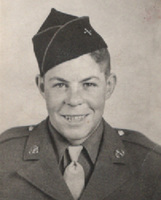 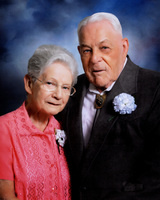