To share your memory on the wall of Julie Tinnell, sign in using one of the following options:

*** Due to the current situation with COVID-19, Julie's service will be postponed and held at a later date to be announced. ***
Read Less

To send flowers to the family or plant a tree in memory of Julie Tinnell, please visit our Heartfelt Sympathies Store.

Receive notifications about information and event scheduling for Julie Tinnell

We encourage you to share your most beloved memories of Julie Tinnell here, so that the family and other loved ones can always see it. You can upload cherished photographs, or share your favorite stories, and can even comment on those shared by others.

Marilyn and Jim Shedd and Sandie and Terry Mammeng, Johnny Reeves, and other have sent flowers to the family of Julie Tinnell.
Show you care by sending flowers

Posted Mar 20, 2020 at 06:45pm
Just watched the video tribute, what beautiful memories for you all. Julie was such a kind and beautiful person and we are so lucky to have known her. Just like in the pictures, she always had a smile on her face. Our thoughts and prayers are with you all. Jack and Laurie Smith
Comment Share
Share via:
LT

Posted Mar 20, 2020 at 02:07pm
Dear Family & Friends of Julie,
I was saddened to learn of your loss. I always remember Julie fondly when she would bring in her Dad Myron in for appointments at the clinic in Deadwood. Always a smile on her face and quick story to tell. You and yours are in my thoughts during this difficult time. Warmest Regards Always, Laura T :)
Comment Share
Share via:
D

Our thoughts and prayers are with you all. From Mike and Donna Auer ( Hopfinger)
HS

Flowers were purchased for the family of Julie Tinnell. Send Flowers

Marilyn and Jim Shedd and Sandie and Terry Mammeng

Posted Mar 16, 2020 at 08:46pm
Our prayers are with your family, May Julie's smile, vibrant personality, and kindness always be a part of your family. We will miss her dearly!

Marilyn and Jim Shedd and Sandie and Terry Mammeng purchased flowers for the family of Julie Tinnell. Send Flowers 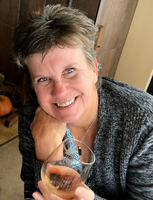 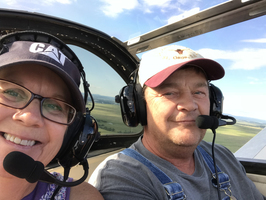 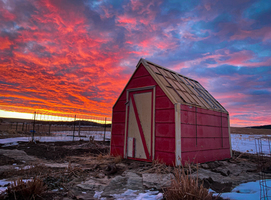 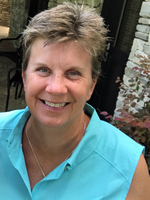