To share your memory on the wall of Kim Terese Koan, sign in using one of the following options:

To send flowers to the family or plant a tree in memory of Kim Terese Koan, please visit our Heartfelt Sympathies Store.

We encourage you to share your most beloved memories of Kim Terese Koan here, so that the family and other loved ones can always see it. You can upload cherished photographs, or share your favorite stories, and can even comment on those shared by others.

Karen Boner and Melody lipp sent flowers to the family of Kim Terese Koan.
Show you care by sending flowers

Posted Aug 03, 2020 at 08:15pm
I wanted to share a couple of good memories of my friend Kim. I knew Kim for over 30 years. When we first met she absolutely insisted that myself and another friend accompany her and her sister Lori to Miles City Montana to the word famous bucking horse sale (a/k/a huge cowboy party). Why she wanted to go together I never figured out because I never saw her nor Lori the entire weekend! We were young and "cowboy crazy" then - no further explanation needed!
When I lived on Elk Creek Rd in Piedmont she would often bring her horse "Fred" over to ride with me. "Fred" was a stubborn beast on his best days and often he would refuse to load in the stock trailer when we were done riding. The only way Kim could get him in the trailer was to get back on and ride him (accompanied by much encouragement) into the back of the trailer - at the very last second as he jumped up into the trailer she would grab the roof of the stock trailer and swing off! I was always amazed when I watched her do this!
Kim was the kind of friend that I only saw from time to time as we were both busy with our other friends, jobs and busy lives. However, when we did get together it was as if we had never been apart and we made the most of our time together. She was always present at my birthday gatherings with a funny card for me and would usually insist on buying my supper. There will be an empty chair at the next birthday gathering but she will join us in spirit.
Happy Trails my friend until we meet again!!
Ron, Lori and families - sending you peace, love and strength.
Susi Petersen
Comment Share
Share via:
LH

Posted Aug 03, 2020 at 09:59am
Such a beautiful soul! A true heart for love to her family, friends and her horses! She always had a smile on her face when she saw you and a big hug with a genuine "How have you been." It didn't matter if I hadn't seen her for 10 yrs or 2-3 months you always picked up where you left off. Ever since I got the message Saturday evening of her accident my mind just keeps repeating the song "Gone to Soon." I know God has a plan and I would like to assume she is up there caring for His horses and touring Heaven on a side-by-side with Jesus. My thoughts and prayers are with you Ron, Lori and family. Kim will be very missed and I am sure one of the first in line to greet us on the other side when our time comes!
Comment Share
Share via:
CG

Posted Aug 01, 2020 at 10:28am
I first met Kim at 4H camp when we were in our tween years. I can't say we became good friends, but after that we'd run into one another from time to time and she always greeted me like it was yesterday. Some people make the world a better place just by being in it, Kim did that. Sending prayers for her family.
Comment Share
Share via:
JH

Posted Jul 31, 2020 at 01:36pm
Kim was such a nice woman. Always wanting to know how my family and I were doing when we worked together at the Massa Berry Clinic and when we saw her at church. She will be missed by so many. Condolences to her family and friends.

Posted Jul 31, 2020 at 11:49am
Ron & family:
My deepest heartfelt sympathy for your loss. Kim and I started work at the Sturgis Hospital about the same time only I was in the administration side. She was so caring and upbeat. When she would come into my office she always had a smile, a cheerful hello and a zip in her step. May God bless you and your family and help you through this difficult time.
Sandy Massa
Comment Share
Share via: 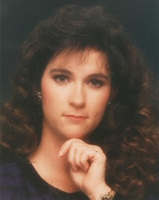 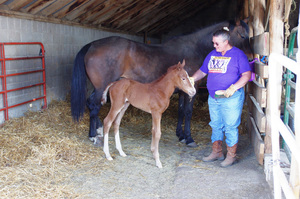 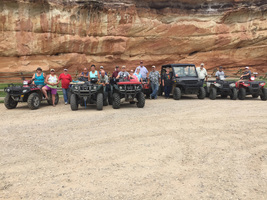 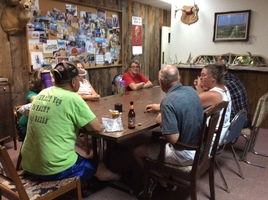