To share your memory on the wall of Larry Loobey, sign in using one of the following options:

Print
Lawrence Lloyd Loobey was born in Hilland, SD, on April 9, 1928, to Lawrence John Loobey and Thelma Theresa (Helgeson) Loobey. He lived his early years on a ranch in Milesville, SD, where he loved to ride his horse, Snap, along the Cheyenne River br... Read More
Lawrence Lloyd Loobey was born in Hilland, SD, on April 9, 1928, to Lawrence John Loobey and Thelma Theresa (Helgeson) Loobey. He lived his early years on a ranch in Milesville, SD, where he loved to ride his horse, Snap, along the Cheyenne River breaks.
Larry, or Red as many knew him, attended country school until 1941, and at the age of 13, he left home to attend high school in Phillip. Throughout his life, a strong work ethic and passion for learning would drive his decisions. To pay his living expenses while attending high school, he worked at a harness and boot repair shop, bakery, and garage. On May 23, 1945, a determined 17-year-old red-headed young man graduated from Phillip High School.
He returned to the family ranch for a period of time, and on November 10, 1950, he enlisted in the United States Air Force. He was part of a crew who flew 23 missions over Korea, and he valued his ability to serve his country. The experiences he had while in the service in the United States, Japan, and Korea, remained a special part of his life and memories.
It was at a country dance where two young people met and decided to keep on dancing. On May 26, 1953, Lawrence and Cleo Mary Parra were married and lived their vows for almost 67 years. They added 3 children to their family, a set of twins, Michael and Mitchell, and a daughter, Michele.
After marrying, the young couple returned to the Milesville ranch for a short period of time before relocating to Rapid City. In 1954, Larry was working at the Tri-State Mill, when the couple received a letter of acceptance from the Veterans Administration in Hot Springs. They decided to take the job and with that decision, he began a lifelong career in Civil Service. In order to make ends meet, Larry worked a second job at Parish’s Conoco, and it wasn’t long before he advanced from orderly to office clerk. He demonstrated a desire to learn and advance and was given an opportunity to work for the Social Security Administration, which he did from 1961-84.
Farming remained a constant for the family and they raised calves, sheep, chickens, and sold eggs, milk, and cream. In 1962, they left the farm in Hot Springs and purchased a farm in Pleasant Valley. While Larry worked in Rapid City, Cleo headed up the farm and dairy operation. Throughout their lives, Larry would say that without the strength and love of his amazing wife, their successes would not have been possible. In 1976, they made a decision to sell the farm and locate in Sturgis which continues to be their home.
Retirement was filled with a variety of activities, some of which was caring for elderly parents, being part of grandchildren’s lives, playing cards, and singing in the Senior Citizen choir. Larry had a beautiful tenor voice and loved music. He shared that love of music with his kids and grandchildren. Just ask any of them their favorite Mary Poppins song and you’ll be serenaded with “Super‐cali‐fragil‐istic‐expi‐ali‐docious.”
Visits from the First Presbyterian Church pastor, elders, and deacons were a precious gift over the past several years. He looked forward to their encouraging words, communion, and card ministry. Larry’s faith in Christ was an important part of his life, and he found a great deal of strength and comfort in the gift of prayer.
In June 2018, he began a different chapter of life and moved into a nursing home. He was blessed with many compassionate caregivers and wonderful friends at the Dorsett Home. In January, he transferred into the Hospice program at Ft. Meade. The family would like to express their heartfelt appreciation for the amazing care given by the entire team. Lawrence felt their love and respect every step of the journey, whether at a monthly appointment, during one of his many visits to the ER, and then as he moved into Hospice care.
Early on Monday morning, February 17, 2020, Lawrence quietly slipped away in his sleep. He had enjoyed a lovely afternoon with his wife, Cleo, and family. Before retiring for the evening, he made his traditional phone calls to make sure all was well with his family. He will be dearly missed for his smile, sense of humor, and ability to always persevere.
He is survived by his wife, Cleo; three children, Michael Loobey, Mitchell Loobey, and Michele Loobey-Gertsch. He was a proud Grandpa to Nicole Jones, Tina (Mark) Wynia, LJ Loobey, Sean Gertsch, and Drew Gertsch. He was blessed with seven great-grandchildren: Jucole (Kayla) Jones, Laesha (Alex) Schoeberl, Jessiah Jones, Zedekiah Loobey, and Nico, Johanna, and Leo Wynia; great-great-grandchildren, Jaezdyn and Kaezlynn Jones; his sister, Alice (Al) Brandon; sister-in-law, Reba (Don) Loobey; and brother-in-law, Alonzo “Lonnie” Parra. He believed that being an uncle was a privilege and was adored by his many nieces and nephews.
He was preceded in death by his parents, Lawrence and Thelma; brothers, Jack, Jim, and Don; and foster brother, Joe Rogers.
Visitation will be Sunday, February 23, from 2:00-4:00 PM at Kinkade Funeral Chapel in Sturgis.
A memorial service will be at 11:00 AM on Monday, February 24, 2020, at the First Presbyterian Church of Sturgis. Burial, with military honors, will follow at Black Hills National Cemetery.
In lieu of flowers, the family would like memorials to be given to the First Presbyterian Church of Sturgis.
Read Less

To send flowers to the family or plant a tree in memory of Larry Loobey, please visit our Heartfelt Sympathies Store.

We encourage you to share your most beloved memories of Larry Loobey here, so that the family and other loved ones can always see it. You can upload cherished photographs, or share your favorite stories, and can even comment on those shared by others.

Posted Feb 23, 2020 at 03:49pm
Dear Mrs. Loobey, Mitch, Mike, and Michele,
I am so sorry to hear that your husband, your father has passed. He had lived a rich and remarkable life. May his memory be a blessing.
Nancy Wood
Hafrsfjord, Norway
Comment Share
Share via:
GL

Posted Feb 23, 2020 at 12:54pm
May the Lord Jesus the Christ give you strength during this time of sorrow. And peace knowing that he will be with God. Red was my favorite Uncle growing up. We had a special bond , My memories of Uncle Red will always gladen my heart. Red often said to me "well you know ", and then tell me something I did know,or should know, but if it was anything of value, I knew it afterwards. He was a wonderful man. My brothers and I usually stayed at the ranch when we vacationed. Lot,s of good memories growin up.Thanks to Cleo, the twins, Michele and Uncle Red. He corisponded with me more than anyone when I was down. He always encouraged me and gave me hope. I am blessed to have known him! And grateful to his family for all the wonderful memeries they have given me. I named my son Lawrence. Because of my love for Red. I will miss him sorely! Untill I see him again. As my father liked to say,"so long for now" Uncle Red. I love you all, and keep you in my prayers. With LOVE to all. Our deepest sympothies. Gene and Betty Jo.
Comment Share
Share via:
LR

Posted Feb 22, 2020 at 01:22pm
Cleo, Michelle, Mitch and Michael you are in our thoughts and prayers at this difficult time. Rosi and I always enjoyed stopping by to visit with Larry and Cleo. We even stopped in Hot Springs for a short visit when we were on our honey moon. We wish we could be with you on Sunday but you will be in our prayers at Church this Sunday.

Posted Feb 21, 2020 at 02:27pm
Dear Michele, Sean and Drew,
We send our sincere condolences to you all. God bless and keep you all during this difficult time.
Pete & Nancy Hittle,
New Orleans, LA
Comment Share
Share via:
PD

Posted Feb 21, 2020 at 11:21am
Michele & family, Our thoughts & prayers are with you. We are so very sorry for the loss of your father. May the special memories comfort you all. 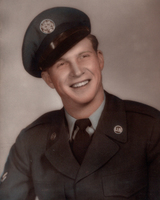 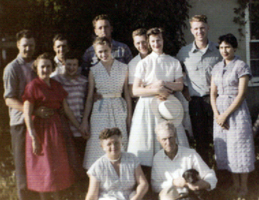 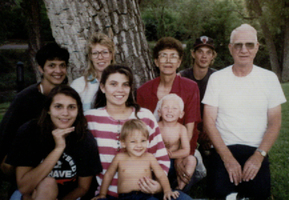 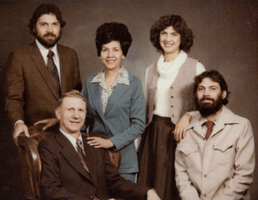