To share your memory on the wall of Leo Bakeberg, Sr., sign in using one of the following options:

Provide comfort for the family by sending flowers or planting a tree in memory of Leo Bakeberg, Sr.

Provide comfort for the family of Leo Bakeberg, Sr. with a meaningful gesture of sympathy.

Print
Leo Anthony Bakeberg, Sr., 90, of Spearfish, SD, formerly of Dupree, SD, passed away on Tuesday, March 24, 2020, at Hospice House, Rapid City, surrounded by his loving family.
Leo was born in Dupree, Ziebach County, South Dakota, May 13, 1... Read More
Leo Anthony Bakeberg, Sr., 90, of Spearfish, SD, formerly of Dupree, SD, passed away on Tuesday, March 24, 2020, at Hospice House, Rapid City, surrounded by his loving family.
Leo was born in Dupree, Ziebach County, South Dakota, May 13, 1929, one of eight children born to August J. & Josephine (Doud) Bakeberg. Although he lost his right arm below the elbow at the age of 13, Leo gained the reputation of being able to do more with one hand than most people do with two! He participated in high school basketball, plays, and was selected to attend Boys State. Leo graduated from Dupree High School in 1948. He married his high school sweetheart, Patience “Pat” Edwards in 1950 at the Sacred Heart Catholic Church in Dupree and together they raised ten children.
Leo was custodian at Dupree Schools from 1951-1978. He also served numerous other roles in Dupree at various times, including Justice of the Peace; Coroner; Town Board member; Cub Scout leader; Knights of Columbus; and volunteer at Sacred Heart Catholic Church. He was named the first “Citizen of the Year” by the Dupree Chamber of Commerce in 1963.
Leo and Pat moved to Spearfish in 1978, where he became the Custodial Supervisor at BHSU from 1978-1990. He was honored by his peers for dedication to his profession by being named “SD State Custodian of the Year” in 1985. Following his retirement in 1990, Leo continued serving the Spearfish community, participating in the RSVP program; donating blood to the United Blood Bank; singing with the Happy Times Band, Barbershoppers, and Senior Chorus; continuing with the Knights of Columbus and singing in the church choir; and volunteering at St. Joseph Catholic Church in Spearfish, as well assisting at St. Ambrose Catholic Church in Deadwood. He also served on the board of the Spearfish Senior Center for several years. In 2010, Leo was honored by the Spearfish Chamber of Commerce with the “Spirit of Spearfish” award for his “volunteerism, acts of kindness, and good deeds.” As an avid gardener and baker, Leo shared his homemade pickles, jellies, jams, wines, banana bread, and caramel rolls with all who knew him and any stranger he met. Leo was also quite the card player, enjoying pinochle and cribbage tournaments with the family. He enjoyed jigsaw puzzles, word search, and attending graduations, weddings, and reunions throughout the country. Leo visited the Grand Canyon and the Great Smoky Mountains. Before his 75th birthday, he got a passport and traveled to England and Germany with family. He truly enjoyed spending time with his large, extended family and all his many friends and neighbors. The coffee pot was always on and the door was always open to visitors at his home.
Leo is preceded in death by his wife, Pat; daughter, Deb Grueb; son, Todd; his parents, August and Josephine; and siblings, Rose, August, John, Margaret, and Tom.
Leo will be greatly missed by his children and grandchildren: Ruth (Dave) Slaughter, John and Joseph; August (Nancy), Brian Larson, Andy, Brandon, and Aric Bakeberg; Debra’s children, Corrin Lord, Mathias, and Clayton Grueb and their father, Herb (Marcia) Grueb; Leo Jr. (Mona), Amy Mae Cockrum, Leo III, Alan James and their mother, Trudy (John) Eulberg; Keenan and Trenton Casillas-Bakeberg and their mother, Denise Casillas; Don, Sarah Duncan and Cassie Bakeberg, and their mother Connie (James) Nelson; Mary Jo Jundt, Matthew, Adam, Amy Gerlach, Andrew, Kai and Erin Jundt, and their father Darrell Jundt; Alan (Deb), Jason and William Bakeberg; John (Janet); Todd’s children, Janesa Ryan and Jacksyn Bakeberg, and their mother Billie Jo Bakeberg; Shelly (Nort), Ryan, Katie, and Jordan Brito and their father, Steve (Tracy) Brito; his twenty-nine (& counting) great-grandchildren; siblings, Bill (Bette) Bakeberg and Mary Ann Horton (Harry); brother-in-law Jim (Sherry) Edwards; sister-in-law Carla Edwards; and numerous nieces and nephews, extended family members, friends and neighbors.
Vigil Services for Leo A. Bakeberg, Sr., 90, will be held on Friday, May 22, 2020, with Rosary starting at 4:00 p.m. at Kinkade Funeral Chapel in Sturgis and visitation and sharing of memories to follow.
Mass of Christian Burial is scheduled at St. Joseph Catholic Church in Spearfish at 10:30 a.m. on Saturday, May 23, 2020, for family members only. These services will be live-streamed at: Kinkade Funeral Chapel facebook page.
Inurnment will be at the Dupree Cemetery. A public Celebration of Leo’s Life will be held at a future date in Summer, 2021, hopefully following the COVID-19 pandemic.
In lieu of flowers, the family would like to honor Leo’s legacy by donating funds to Hospice, Spearfish Senior Center, and the Dupree Alumni Association scholarship fund. Other suggestions would be to grow a garden; plant a tree and/or some flowers; learn how to make pickles or jelly; and be forgiving, patient, kind, and generous with your family, neighbors, friends, and strangers.
Read Less

To send flowers to the family or plant a tree in memory of Leo Bakeberg, Sr., please visit our Heartfelt Sympathies Store.

We encourage you to share your most beloved memories of Leo Bakeberg, Sr. here, so that the family and other loved ones can always see it. You can upload cherished photographs, or share your favorite stories, and can even comment on those shared by others.

Ryan Katie. and Jordan sent flowers to the family of Leo Bakeberg, Sr..
Show you care by sending flowers

Posted May 21, 2020 at 03:20pm
Thank you for the lifetime of lessons in grace, kindness, generosity, and forgiveness.

Ryan Katie. and Jordan purchased flowers and planted a memorial tree for the family of Leo Bakeberg, Sr.. Send Flowers

Posted May 14, 2020 at 10:25am
Leo was a geat husband, father, father in law, grandfather, great grandfather. But he was a great neighbor and most of all the very best janitor a school could have. I remember helping clean blackboards and cleaning the chalk from chalk board errasers. I know he will be missed by his family, the community of Spearfish and Dupree. I will miss seeing him in Dupree during Pioneer Days when we would make it and Leo was there.
Linda (Pesicka) Keehner and Ole Keehner
Rapid City, SD
Comment Share
Share via:
EB

Posted Apr 06, 2020 at 11:14pm
I am so sorry to hear of the loss of this wonderful man! I met Leo years ago through our Custodian-Engineers Association. He was a very vital part of our organization for years, and was one of the pioneers that actually got Unit 11 formed and made it the most active unit in the state. We were the largest and most active unit, and a lot of credit goes to people like Leo who were dedicated to their profession. He was very well liked and respected by all who knew him. He will be missed and remembered fondly!
From your custodial family,
Unit 11
Elvira Bender, long time member
Sturgis, South Dakota
Comment Share
Share via:
BW

Posted Apr 05, 2020 at 08:57pm
Leo and Pat were good friends of my parents and some of the Bakeberg and Rieckman children have remained lifelong long friends.
Comment Share
Share via: 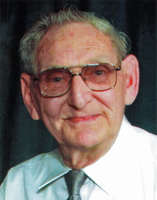 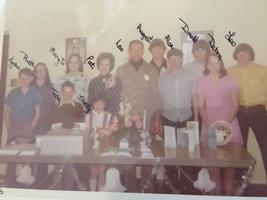 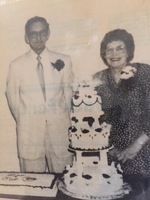