To share your memory on the wall of Luke Bachmeier, sign in using one of the following options:

Print
Luke Bachmeier was born to Lucas and Elizabeth (Werlinger) Bachmeier on June 25, 1931, in Vale, SD. He has no middle name and in his younger years he was known as Junior. The family lived in a farm outside Vale, SD where they raised sugar beets, unt... Read More
Luke Bachmeier was born to Lucas and Elizabeth (Werlinger) Bachmeier on June 25, 1931, in Vale, SD. He has no middle name and in his younger years he was known as Junior. The family lived in a farm outside Vale, SD where they raised sugar beets, until Luke was six years old. They moved to a farm a couple mile out of Newell, SD and continued to raise sugar beets. Luke started school in Newell and the family went to St. Mary’s Catholic Church in Newell where Luke was an Altar Boy. When Luke was 14 years old the family moved to Sturgis and Luke continued school at St. Martin’s School. He continued being an Altar Boy at St. Martin’s and after school delivered the Rapid paper.
November of 1948, Luke joined the National Guards. The Guards were mobilized into active service on Sept 3, 1950. That fall Luke would have attended his last year of St. Martin’s High School. After his stint in the active service of the Korean War he returned home June 23, 1952, and enrolled in school and finished his senior year, graduating in May, 1953. That year he worked a regular 8 hour shift every day after school at Deadwood Post Plant. After graduation he worked for Haley’s Super Market in Sturgis. He has worked at several places including the railroad; Wakefield Construction; Driving truck delivering posts; as a carpenter’s helper building the Ft. Meade Hospital; as a Security Guard at the Titan Missiles; and also, as a carpenter on the Minute Man Missiles. He had a part time milk delivery service while he worked for Bargain Barn grocery store; was a salesman for Twin City Fruit & Produce for more than ten years and bought their coffee business which he serviced for several more years. He was custodian at the new Bear Butte School and also for St. Francis Church. He owned Main Street Deli until the building was no longer available and then finished his working career at Sooper Dooper.
He married Joan Daum on February 18, 1955, in Sturgis. To this union were born three boys and two girls who gave him 13 grandchildren and 9 great-grandchildren. Luke’s children were important to him and he spent whatever time he had with them. It could be a monopoly game on Sunday afternoon or in the summer they would all be in the yard playing volleyball. Luke took his children deer hunting. He enjoyed going to their activities and being involved in whatever they did. A lot of evenings were spent playing cards either with the children or with relatives. The games of choice were pinochle, whist or the “family’s” game “83”. He is quite a competitive pinochle player. His hobbies were bowling and hunting.
Luke was involved with the Sturgis Motorcycle Rally for over 20 years. He started as a young man selling beer in the grand stand, and then continued working at concessions. In later years he had his own food concession stand downtown. He had a concession stand from 1975 until the time he closed the Deli in 1993. In 1990 the family had the first people who rented lawn space during the rally. That led to renting rooms in their home as well and continued until the house was sold in 2011. He worked at the St. Francis Church parking lot, renting out parking spaces from the time he closed the Deli until after he turned 85. Luke enjoyed all the people who rented space at their home, at the concession stand and at the parking lot.
He was always a volunteer. In the sixties when his boys were young, he was their Cubmaster. He joined the Jaycees in 1955. The Sturgis Knights of Columbus chartered in 1972 and he was one of the charter members and is still a lifetime member. He is also a life member of the VFW, and a member of the Sturgis Senior Citizens where he delivered meals for many years. He is also a charter member of the Sturgis & Meade County Historical Society and a member of the Germans from Russia Heritage Society. He was an active member of St. Francis of Assisi Catholic Church.
Luke Bachmeier, 88, of Sturgis, died very peacefully on November 29, 2019, at the Ft. Meade VA Hospice with his family at his side.
He is survived by his wife of 64 years Joan Daum Bachmeier; his children, son, John (Marie) Bachmeier and their children, Abigail and Dr. Keri Orstad (Matt) and grandchildren, Elizabeth, Christopher, and Alexander; son, Marc (Theresa) Bachmeier and their children, Lacie Davenport, Amber (Nathan) Beasley, and Joshua (Briana) Bachmeier and grandchildren, Gracie, Ellee, and Lyndee Davenport and Landon Bachmeier; son, James (Debbie) Bachmeier and their children, Nathan (Pei) Bachmeier, Jaime Bachmeier, and Jared Bachmeier and their grandson, Eli Bachmeier; daughter, Kristine (Joe) Engelhardt and their boys, Brian (Saphire) Engelhardt and Stephen Engelhardt; and daughter, Kathleen (Scott) Beehler and their children, Joe, Heidi (Dustin) Work, and Jeremy Beehler and granddaughter, Oakley Work.
Luke was preceded in death by his parents, three brothers, Michael, Raymond; and Joseph; five sisters; Cecelia Schatz, Ann Langan, JoAnn Griffee Johnson, Elizabeth Rapue, and Agnes Fulnecky.
Visitation will be Wednesday, December 4, 2019, from 4-6 pm with a rosary beginning at 6:00 pm at Kinkade Funeral Chapel in Sturgis.
Mass of Christian Burial will be 10:30 a.m. on Thursday, December 5, 2019, at St. Francis of Assisi Catholic Church with Father Timothy Castor officiating, with an interment to follow at St. Aloysius Cemetery.
In lieu of flowers a memorial has been established for St. Aloysius Cemetery or to Cornerstone Rescue Mission.
Read Less

To send flowers to the family or plant a tree in memory of Luke Bachmeier, please visit our Heartfelt Sympathies Store.

We encourage you to share your most beloved memories of Luke Bachmeier here, so that the family and other loved ones can always see it. You can upload cherished photographs, or share your favorite stories, and can even comment on those shared by others.

Posted Dec 06, 2019 at 11:00pm
Joan and Family,
We extend our deepest sympathy for your loss. Luke was always involved in the community and we often delivered meals at the same time. Rest in peace Luke...you earned it.

Posted Dec 04, 2019 at 08:17pm
Condolences are sent to the family. Our deepest sympathy at your time of loss. Cousin Tony and Vickie Werlinger
Comment Share
Share via:
GC

Posted Dec 04, 2019 at 01:08am
Joan please know that you are in my thoughts and prayers. Peace be with you and your family.
Cindy Horning
Comment Share
Share via:
CM

Posted Dec 03, 2019 at 06:51pm
Our thoughts and prayers are with you ! All of our Love! The Rapue Family: Dennis & Cathy Mosbarger -Danette & Bobby Spencer&Debbie E. 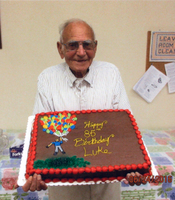 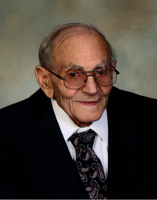 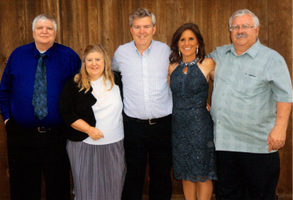