To share your memory on the wall of Margarethe "Marge" Anna Elizabeth Brunmaier, sign in using one of the following options:

To send flowers to the family or plant a tree in memory of Margarethe "Marge" Anna Elizabeth Brunmaier, please visit our Heartfelt Sympathies Store.

We encourage you to share your most beloved memories of Margarethe "Marge" Anna Elizabeth Brunmaier here, so that the family and other loved ones can always see it. You can upload cherished photographs, or share your favorite stories, and can even comment on those shared by others.

Thomas Cleberg and Lindsey Crooks, Kerri, Mindy, Olive, and Stein, and others have sent flowers to the family of Margarethe "Marge" Anna Elizabeth Brunmaier.
Show you care by sending flowers

Posted Jan 07, 2020 at 10:22pm
We're so very sorry for your loss. We're thinking of you guys during this difficult time. Our thoughts and prayers are with your family.

Posted Jan 07, 2020 at 08:23pm
My friend Marge,
There are so many memories and words to describe her: passionate about her family, friends, work and Germany, pride in her baking ( having experienced her Black Forest and Mandarin cakes, Birkenstock’s, cot out sweatshirts, hoop earrings, her hair always perfect, love of her dogs, Laura and Levi’s dogs plus her friends and clients pets, love of flying, stories of her visits to Germany, losing her Tanta Greta, fear of bad roads and snowstorms, ability to stand up for herself, pride in her children-we were there at their births and marriages, love of her grandchildren, she was so happy they lived close, boulevard and orange slices, would listen when you needed her, dancing with Bryan at the end of the night, loved musicals, and on and on.... I will miss you Becky
Comment Share
Share via:
TC

Posted Jan 07, 2020 at 01:22pm
Marge was an amazing lady, I'll never forget her. We wish you all the peace and consolation we can offer today.

Posted Jan 06, 2020 at 10:11pm
Sending my heartfelt sympathy to all of you. Margaret will be remembered with love by me and many many others. Rest In Peace Soul sister. 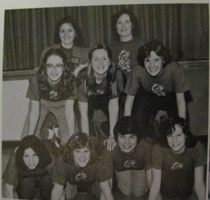 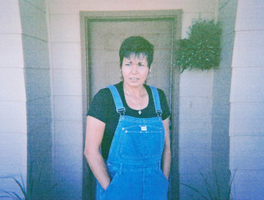