To share your memory on the wall of Mike Richardson, sign in using one of the following options:

To plant a memorial tree in honor of Mike Richardson, please visit our Heartfelt Sympathies Store.

There are no events scheduled. You can still show your support by sending flowers directly to the family, or planting a memorial tree in memory of Mike Richardson.
Plant a Tree

We encourage you to share your most beloved memories of Mike Richardson here, so that the family and other loved ones can always see it. You can upload cherished photographs, or share your favorite stories, and can even comment on those shared by others.

Posted Apr 09, 2020 at 02:32am
Michael was the first boy to give me a gift after moving from Wiesbaden. It is a SS necklace engraved with his name on the back and my name engraved on the front🥰. I remember slow dancing with him at his last school dance and saying goodbye until we meet, again. He was a true Steelers fan and wore a Steelers’ home knitted scarf everyday in high school🥰. He told me one of his biggest regrets was not accepting my invitation to the Sadie Hawkins dance🤗. I’m heartbroken and give my condolences to his family and beloved dogs 🐶😢.
Comment Share
Share via:
TN

Posted Feb 14, 2020 at 02:06pm
We met just by chance and became friends :) we shared the same birthday and love for food. I am so sad I had to learn of his passing on Facebook. My sympathies go to all his family and friends.
Comment Share
Share via:
MP

Posted Jan 13, 2020 at 02:07pm
We met Mike over 40 years ago in high school. I worked with him at Mr. Steak for quite a few years in the 80’s. We were shocked to hear about his passing. Our condolences to his family. He was one of a kind, always was. RIP Mike
Mark and Luella Pope
Comment Share
Share via:

Posted Jan 13, 2020 at 01:00pm
I've known Michael since 1977 when we went to school together in Wiesbaden Germany. We've stayed in touch off and on through the years...more the last 10 years. He was such an important, special person and I am truly heartbroken that he has left us. We messaged each other on New Year's Eve with no idea I would never speak to him again. I am very sorry for your loss, My deepest sympathy and condolences to his family. I posted a 1977 Yearbook picture on his Facebook page....Michael will always be in my heart,
Comment Share
Share via:

Posted Jan 12, 2020 at 07:54pm
Erika and girls. My deepest sympathy to all. How do we understand when our loved ones are taken and so young. He always made me feel welcome with that smile. so sorry, Gerrie
Comment Share
Share via:

Oh my gosh, Gerrie. We think about you all the time! We all hope you are doing well. We appreciate the time you took to send your condolences. 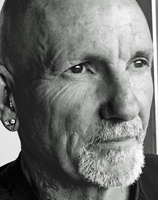 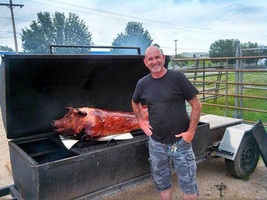 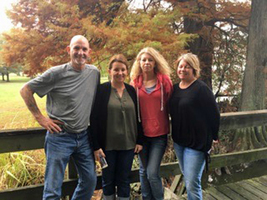 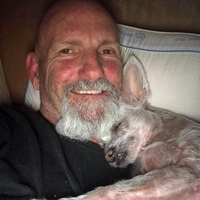