To share your memory on the wall of Paul Leslie Speed, sign in using one of the following options:

To send flowers to the family or plant a tree in memory of Paul Leslie Speed, please visit our Heartfelt Sympathies Store.

We encourage you to share your most beloved memories of Paul Leslie Speed here, so that the family and other loved ones can always see it. You can upload cherished photographs, or share your favorite stories, and can even comment on those shared by others.

Posted Aug 05, 2020 at 08:44am
Karen and Families,
Our thoughts are prayers are with you all in the loss of Paul. He will be sadly missed by all who knew him!!
Dennis and Sharon Freed, Belle Fourche, SD
Comment Share
Share via:
JP

Posted Aug 04, 2020 at 08:32pm
Karen and family; Sorry to hear of Paul's passing. Enjoyed knowing Paul through Meade School District 46-1. He was always the quiet one at the meetings. Cherish your memories and let them comfort you today and always. God bless, Joan Peterson

Posted Aug 04, 2020 at 12:06pm
Sending you so much love, light, & strength. I am beyond grateful for all of our special memories spent with Uncle Paul. I love you

Posted Aug 03, 2020 at 02:58pm
We are so sorry to hear about Paul, you have good memories and keep them close to your heart. Thinking of you Lana.

Posted Aug 03, 2020 at 01:12pm
To Karen and all the Speed family, Our condoences on the loss of Paul. He was always a real nice guy to know and we hope your memories will help your healing.
Comment Share
Share via: 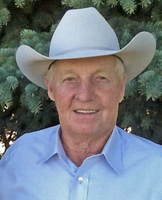 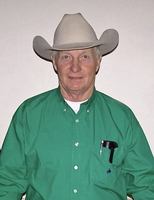