To share your memory on the wall of Paul Strain, sign in using one of the following options:

To send flowers to the family or plant a tree in memory of Paul Strain, please visit our Heartfelt Sympathies Store.

Receive notifications about information and event scheduling for Paul Strain

We encourage you to share your most beloved memories of Paul Strain here, so that the family and other loved ones can always see it. You can upload cherished photographs, or share your favorite stories, and can even comment on those shared by others.

Jeff and Christina Christians and Mathias and Magd sent flowers to the family of Paul Strain.
Show you care by sending flowers

Posted Sep 03, 2020 at 10:33am
When I knew Paul in the way back when, his passion for life both exhilarated and exhausted me! Fearless in pursuit of fun, he could be charming and annoying at the same time, and so, so persuasive!! Just try to keep up! I only knew him for a short time, but those were years I'll never forget.... I sometimes wondered through the years since then what kind of shenanigans Paul would be up to now. Anyway, I am glad to have known him, and so sorry that his friends and family lost him too soon.
I hope you had a great, life, Paul - you were a force of nature.
"All these places had their moments, with lovers and friends I still can recall ...... In my life I've loved them all"

Posted Sep 02, 2020 at 03:11am
I met paul in july 2017 at the deadwood distilling co. I had the privilege to work w him and we became fast friends. He came into my life at a time when I was ( and still) going thru alot. he always made me laugh but dont get me wrong we have had our ugly moments and there was times in this short time knowing him that he was my only friend. I hope he knows how much I cared for him. He was my bestest pal. And I'm going to miss him dearly. And I believe in signs and Paul let me know he was okay the other night I was letting my YouTube play on the TV and mainly first couple hours it was Led Zeppelin and Pink Floyd and out of nowhere The Beatles came on I don't have the Beatles in any of my playlist I don't play the Beatles not to hate on the Beatles but I'm not a big fan therefore there was no reason whatsoever for the Beatles come up in the rotation and I knew that was Paul and he was letting me know who was okay Paul has an amazing 45 collection of The Beatles in a vintage 45 case I think that says the Beatles and the other thing that has been happening is for a few days now I keep hearing this weird noise and it's in the house it's in my apartment and I hear it at least twice a day just recently it has not been doing this since just recently I figured it out last night I have a jar moonshine in my freezer that somebody gave me during rally and it's the jar the lid pinging that is the only way I can describe it and so I had to laugh last night and I said I hear you pollywog you're joking with me I know that I haven't known him a lifetime 2 years is not very long I have lost friends that I've known for 20 some years but apparently they didn't make an impact in my life like Paul and I am so sorry think he's gone heart goes out to all the family and I'm going to miss him so much

Posted Sep 01, 2020 at 10:34pm
Hey Paul thank you for your friendship. Pam and Elliot I am so sorry for your loss.Your Friend Perry Hartman

Jeff and Christina Christians and Mathias and Magd

Posted Sep 01, 2020 at 11:39am
We are deeply saddened by the news of Paul's passing. Our thoughts and prayers are with you and your family.

Jeff and Christina Christians and Mathias and Magd purchased flowers for the family of Paul Strain. Send Flowers 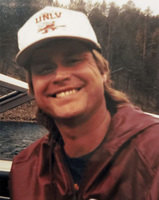 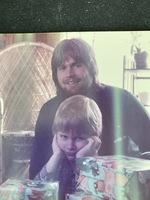 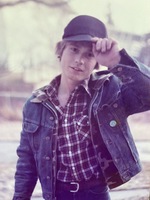