To share your memory on the wall of Raymond Spencer Sheely, sign in using one of the following options:

To send flowers to the family or plant a tree in memory of Raymond Spencer Sheely, please visit our Heartfelt Sympathies Store.

We encourage you to share your most beloved memories of Raymond Spencer Sheely here, so that the family and other loved ones can always see it. You can upload cherished photographs, or share your favorite stories, and can even comment on those shared by others.

Posted Mar 10, 2020 at 07:30pm
Marlene and Cheryl, I am so sorry for the loss of Raymond , Just know he is in a better place now and some day you will be with him.Prayers for you all God be with you at this time of your life. Karla and Gary Berglund
Comment Share
Share via:
BW

Posted Mar 08, 2020 at 12:07pm
Marlene, so sorry for your family's loss. Keeping you in our thoughts and prayers. Brenda (Sneesby) Werlinger and family.
Comment Share
Share via:
WD

Marlene and family, keeping you in our thoughts and prayers at this difficult time! Ray was a great guy always enjoyed visiting with him at our family reunions! Marilyn (Gillaspie) Hoyt, Fort Pierre
M

Posted Mar 05, 2020 at 07:43am
Deepest sympathy and prayers to Marlene and family. May God be with your all during this difficult time....love - jean
Comment Share
Share via: 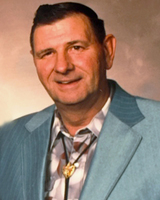