To share your memory on the wall of Richard \"Richie\" Berry, sign in using one of the following options:

To send flowers to the family or plant a tree in memory of Richard "Richie" Berry, please visit our Heartfelt Sympathies Store.

We encourage you to share your most beloved memories of Richard "Richie" Berry here, so that the family and other loved ones can always see it. You can upload cherished photographs, or share your favorite stories, and can even comment on those shared by others.

Posted Oct 09, 2020 at 11:41am
I am Richie;s sister from another mother. It was not until relatively lately that I realized my half-siblings existed. I am so sorry that I have not been to South Dakota to meet him and his family. Covid kind of got in the way this year. There was always a hole in my heart for the family I suspected my father had when he was a much younger man. My sincerest sympathies to everyone who is grieving for this soul.
Comment Share
Share via: 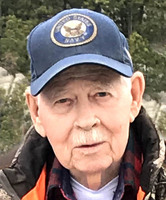