To share your memory on the wall of Robert Raatz, sign in using one of the following options:

To send flowers to the family or plant a tree in memory of Robert Raatz, please visit our Heartfelt Sympathies Store.

We encourage you to share your most beloved memories of Robert Raatz here, so that the family and other loved ones can always see it. You can upload cherished photographs, or share your favorite stories, and can even comment on those shared by others.

Posted Nov 17, 2019 at 09:20am
We worked with Bob for many years at the phone company. We also shared many good times and fun motorcycle rides with him at our many Bell Riders rallies. We’re very sorry to hear of his passing and extend our sincere sympathies to family. Darcy and Dave Lekness
Comment Share
Share via:
MF

Posted Nov 15, 2019 at 11:01am
I'm so sorry for your loss! My father and Bob worked together and both retired from the telephone company. I have many fond memories of Bob, always kind and giving and always had a smile on his face. My father passed away one week after Bob and their funerals are on the same day! Blessings to the family during this difficult time, but hold on to all the wonderful memories you've made. Sandi (Olson) Gondzar
Comment Share
Share via:
MF 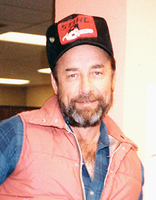 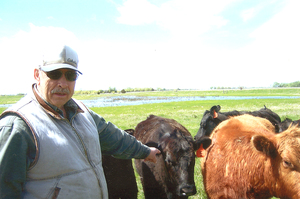