To share your memory on the wall of Roger Hanson, sign in using one of the following options:

To send flowers to the family or plant a tree in memory of Roger Hanson, please visit our Heartfelt Sympathies Store.

Receive notifications about information and event scheduling for Roger Hanson

We encourage you to share your most beloved memories of Roger Hanson here, so that the family and other loved ones can always see it. You can upload cherished photographs, or share your favorite stories, and can even comment on those shared by others.

With deepest sympathy, Your friends at IMT. and Kent and Angela Henne sent flowers to the family of Roger Hanson.
Show you care by sending flowers

With deepest sympathy, Your friends at IMT.

With deepest sympathy, Your friends at IMT. purchased flowers for the family of Roger Hanson. Send Flowers

Posted Sep 23, 2020 at 10:23pm
I’m so sorry to hear of Roger’s passing. My deepest sympathy and prayers to you. Coleen Clooten
Comment Share
Share via:
KH

Flowers were purchased and a memorial tree planted for the family of Roger Hanson. Send Flowers

Posted Sep 22, 2020 at 09:44pm
So sorry to hear of Roger's passing. I was surprised by the first photo that popped up on his obituary where he is holding that big fish. It was taken at Angell's Fishing Resort in Denare Beach, Sask. Canada at Lake Amisk when Roger went on a fishing trip with my husband, Don Helm, and another friend, Roger Hunt. They had such a good time and caught a lot of fish. They were there on September 17-21, 1994. Good memories.
Prayers for all of the family as you grieve the loss of cousin, Roger. May God comfort you at this sad time.
Love, Beverly (Zwicker) Helm
Comment Share
Share via: 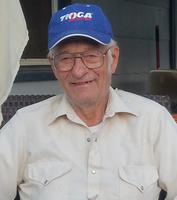 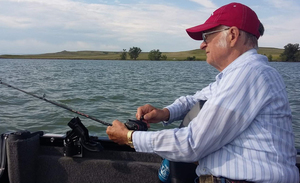