To share your memory on the wall of Rosalie Ellen Simons, sign in using one of the following options:

To send flowers to the family or plant a tree in memory of Rosalie Ellen Simons, please visit our Heartfelt Sympathies Store.

We encourage you to share your most beloved memories of Rosalie Ellen Simons here, so that the family and other loved ones can always see it. You can upload cherished photographs, or share your favorite stories, and can even comment on those shared by others.

Posted Jun 30, 2020 at 12:58pm
We wanted to do a living tribute to a lady who loved living things and beauty. With sympathy and love we do this small tribute to a special woman.

Posted Jun 30, 2020 at 11:47am
So sorry to hear about Rosalie's passing. She was always so nice when I would see her in the Clinic for her lab draws. Always wanting to know how my family and I were doing and catching up. She will be missed!
Comment Share
Share via:
SC

Posted Jun 29, 2020 at 11:34pm
When Rosalie was in high school she would visit my older sisters and always spend time with me: talking, teasing, and dancing. I loved her visits and those times. In later years when I was in Sturgis I saw her occasionally; and if I was lucky it might have been on a day when she had baked cinnamon rolls! They were the best. She was such a pleasant, caring, and warm person. The world needs more people like her.
Comment Share
Share via:
EA

Posted Jun 29, 2020 at 12:15pm
Our prayers are with you. Rosalie was a dear friend and special lady. From the time I first met her and Vern in 1970, she treated me like family. Her special care and love were, no doubt, felt by so many. May GOD bless each of her loved ones with His strength and comfort. David and Edie (Ondriezek) Adams
Comment Share
Share via:
MH

Posted Jun 28, 2020 at 09:10pm
Juanita and family I am sorry for your loss. I have very fond memories of your Rosalie at the Red Owl Store. Sending prayers
Marilyn Huston-Engle
Comment Share
Share via: 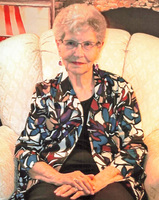 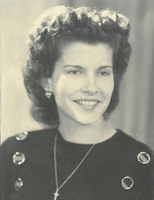