To share your memory on the wall of Stanley Alexander “Stan” Miner, sign in using one of the following options:

Print
Stanley Alexander “Stan” Miner, a long-time resident of Rapid City, SD, left this life with his family at his side on April 18, 2020. Stan was born in Rapid City on September 12, 1929, to parents Vernie E. and Bessie J. Miner. His early years w... Read More
Stanley Alexander “Stan” Miner, a long-time resident of Rapid City, SD, left this life with his family at his side on April 18, 2020. Stan was born in Rapid City on September 12, 1929, to parents Vernie E. and Bessie J. Miner. His early years were spent on the family ranch near Elm Springs, SD, but the “Great Depression” resulted in a family move to the now-submerged town of Pactola in the Black Hills. With the move to the Black Hills and his father’s job in logging and with the CCC’s, Stan’s early years were spent attending several country schools, including Pactola, Hill City, and Silver City. Those early years solidified Stan’s life-long love of the “Hills.”
In 1943, Stan’s family moved to a farm outside Piedmont, SD, where he attended high school. After graduation in 1947, Stan went to work for the railroad, where he worked on a repair gang before enlisting in the United States Air Force in 1948. He trained as an Air policeman and then deployed to occupied Japan in December of 1948, where he enforced military law, escorted ammunition trains, and participated as an honor guard, including acting as honor guard for General D. MacArthur. After 3 years, he was then transferred to Moody AFB in Valdosta, GA, before an honorable discharge in 1952.
Afterwards, Stan returned to the Black Hills area in 1952, where he worked in the oil fields near Newcastle, WY. In the Fall of 1953, Stan went to work for the South Dakota State Cement Plant. Stan enjoyed the 38 years he spent at “the plant” where he excelled, eventually becoming the Production Superintendent and overseeing day-to-day operations for 17 years before retiring.
In December of 1952, at the Golden Wheel Dancehall in Whitewood, SD, Stan was smitten by a beautiful red-haired young woman and asked her to dance. The two began dating and were married a year and a half later on June 18, 1954. Stan and Phyllis moved into a small house in Rapid City and soon after started a family. A son, Scott, was born in August of 1955, and another son, Norman, in December of 1956. Stan was a wonderful father, mentoring his sons, coaching Little League baseball, assisting with Boy Scouts, and sharing his love of the outdoors, where the family spent years enjoying camping, fishing, and hunting trips, and where his sons were “sure” their father always sat on the side of the boat where the fish were biting. The family also went on several summer vacation trips, where Stan drove and patiently maintained back seat order at the same time!
Stan was a man who got things done! From fixing the family car, to building kitchen cabinets, from adding an addition onto the house, to jacking up the house and building a basement, Stan provided for his family. Family and friends could always count on Stan, and he was a loving son and a great big brother to his 6 siblings.
Stan was also a 47-year member of the Royal Order of the Moose, where he held several positions, including a turn as Governor. He always loved the Moose and was a very active member, continually volunteering, especially as a cook where his pancakes were “renowned.” Stan was also a proud lifetime member of the VFW. He and his wife, Phyllis, were avid travelers, especially upon his retirement in 1992. They visited every state, mostly by car, and as history buffs, focused on Civil War and Revolutionary War historical sites. They also spent time in England and Scotland, but their trips throughout the US were their favorite travel. On their trips they also visited and spent time with family and friends, and once Stan befriended someone, it was for life. Also, a new group of great friends were made as Stan and Phyllis became snowbirds and spent years enjoying their winter months in Arizona City, AZ.
Also, at age 55, Stan became addicted to the game of golf and spent the next 33 years enjoying getting out with good friends and his sons. The golf, however, never took away from his other passions. He loved fishing and was often to be found walking a creek or in his boat on one of the beautiful Black Hills lakes, and over the last several years, spent many days and nights fishing with his brothers. Stan was also an accomplished pinochle and cribbage player, savoring the games as a partner or opponent, whether in victory or defeat. He loved to sing, at home and at Karaoke, especially with his wife, Phyllis, whose tenor voice perfectly complemented his baritone.
Stan was a wonderful husband, father, son, brother, and uncle, and he truly made life better for all who knew him. His bold voice and kind heart will be greatly missed, but he leaves behind a lifetime of love and special, never-to-be-forgotten memories.
Stan is survived by his beloved wife, Phyllis; his son, Scott (April); son, Norman; grandchildren, Aubrey Miner, Alex Miner, Kate (Ben) Munson, Derrick (Pilar) Fulton, Kailin Miner, and Kiann (Byron) Durham; two brothers, Vernie and Virgle; and sister, LaWanda.
Stan was preceded in death by his parents, Vernie and Bessie; and his siblings, Bonnie Keiser, Juanita Haynes, and Allen Miner.
Private family services will be held on Friday, August 21, 2020, at Kinkade Funeral Chapel. Committal services with military honors will follow at Black Hills National Cemetery near Sturgis.
Read Less

We encourage you to share your most beloved memories of Stanley Alexander “Stan” Miner here, so that the family and other loved ones can always see it. You can upload cherished photographs, or share your favorite stories, and can even comment on those shared by others.

Posted Jun 11, 2020 at 08:54pm
Remembering you and Stanley in our minds and in our hearts. A good man-kind and honest. Our deepest sympathy.

Posted Apr 26, 2020 at 10:58pm
Thank you Cathy Grebner for notifying me about Stan's passing. I was saddened to hear my first cousin, Phyllis (Keffeler), lost her husband. My thoughts and condolences are with the family during this difficult time.
Bruce Sinclair
Comment Share
Share via:
TF

Posted Apr 22, 2020 at 08:35pm
Please accept our most heartfelt sympathies for your loss... Our thoughts are with you and your family during this difficult time.

Posted Apr 22, 2020 at 07:05pm
Wishing you peace to bring comfort, courage to face the days ahead and loving memories to forever hold in your hearts. 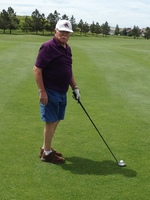 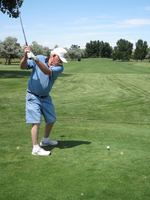 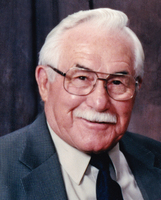 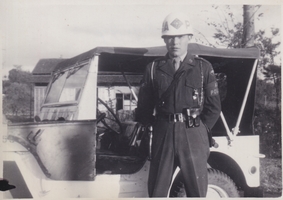