To share your memory on the wall of Susan \"Sue\" Kay Hanson, sign in using one of the following options:

To send flowers to the family or plant a tree in memory of Susan "Sue" Kay Hanson, please visit our Heartfelt Sympathies Store.

We encourage you to share your most beloved memories of Susan "Sue" Kay Hanson here, so that the family and other loved ones can always see it. You can upload cherished photographs, or share your favorite stories, and can even comment on those shared by others.

Your friends at IMT Insurance, Harlan & Jan, and other have sent flowers to the family of Susan "Sue" Kay Hanson.
Show you care by sending flowers

Posted Oct 13, 2020 at 12:40pm
Michael, Tabitha, Peggy, Adam and Patrick: My thoughts and prayers are with you. May you cherish the memories and love of your mother.

Posted Oct 13, 2020 at 12:28pm
Michael, Tabitha, Peggy, Adam and Patrick: My thoughts and prayers are with you. May you cherish the memories and love of your mother.
Comment Share
Share via:
YI

Your friends at IMT Insurance

Posted Oct 02, 2020 at 02:43pm
Please accept our most heartfelt sympathies for your loss, our thoughts are with you and your family.

Your friends at IMT Insurance purchased flowers and planted a memorial tree for the family of Susan "Sue" Kay Hanson. Send Flowers

Posted Oct 01, 2020 at 07:12pm
she was very funny lady.we all going miss her lots.i miss her little we had when ask for people all the time.when go up see other friends beause love see her.
Comment Share
Share via:
V 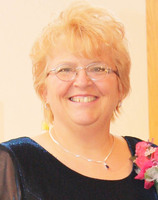 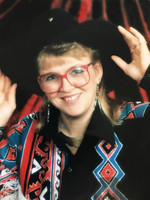 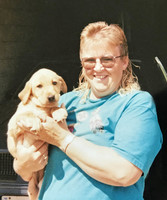