To share your memory on the wall of Todd Bakeberg, sign in using one of the following options:

To send flowers to the family or plant a tree in memory of Todd Bakeberg, please visit our Heartfelt Sympathies Store.

We encourage you to share your most beloved memories of Todd Bakeberg here, so that the family and other loved ones can always see it. You can upload cherished photographs, or share your favorite stories, and can even comment on those shared by others.

The Schlechters sent flowers to the family of Todd Bakeberg.
Show you care by sending flowers

Posted Mar 29, 2020 at 08:38am
Todd was like a younger brother to me after working side by side for over 20 years this was a terrible shock my deepest sympathies to you all Larry Deibert and family
Comment Share
Share via:
DR

Posted Mar 21, 2020 at 09:28pm
Sorry for your loss of Todd. He was a great friend that I got to enjoy at work and playing softball with.
David Ruediger
Comment Share
Share via:
CA

Posted Mar 21, 2020 at 12:17pm
We are so shocked & saddened to learn of Todd’s death. He was such a special person. He, Billie Jo, and the children such a precious family. Our prayers & thoughts are with you all.
Comment Share
Share via:
RA

Posted Mar 20, 2020 at 02:26pm
We are so sorry about Todd. Billie, Steve and I send you and your family heart felt sympathy. He was such a good man.
Comment Share
Share via:
HS

Flowers were purchased and a memorial tree planted for the family of Todd Bakeberg. Send Flowers 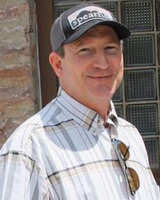