To share your memory on the wall of Wade Sheeder, sign in using one of the following options:

To send flowers to the family or plant a tree in memory of Wade Sheeder, please visit our Heartfelt Sympathies Store.

Receive notifications about information and event scheduling for Wade Sheeder

We encourage you to share your most beloved memories of Wade Sheeder here, so that the family and other loved ones can always see it. You can upload cherished photographs, or share your favorite stories, and can even comment on those shared by others.

Love, The Jim Sheeder family sent flowers to the family of Wade Sheeder.
Show you care by sending flowers

Posted Jun 10, 2020 at 12:03am
Wade Sheeder was a boyhood friend. Me, my brother Charles, Tommy Hunt, Tuffy Meyers and Wade all lived on Dudley Street and shared experiences. One story that is vivid my memory happened when we were hitchhiking back from the swimming pool at Bear Butte Lake. As we were waiting to a car to come by and walking, we went under a bridge to cool off. Wade noticed a nest of pigeons and took one of the chicks home with him. Wade nurtured the baby pigeon until it became a tame pet, and it would fly on his arm and his head and go with him. It was tame. He named it Beaky, Wade would come to our house, and so would Beaky. The pigeon got to like my mother and she liked it. So the pigeon got in the habit of coming to see mother on its own, without Wade. Finally Wade gave up and let my mother have him. I kind of lost track of Wade when he joined the Air Force while we were in High School. Wade had a great instinct for animals, if you think about "Who do know who has ever raised a baby pigeon as a pet."
God bless him. My condolences to his family.
Comment Share
Share via:
LF

Posted Jun 03, 2020 at 10:43am
We loved you and always enjoyed your company! Our thoughts and prayers are with your family.

Love, The Jim Sheeder family purchased flowers and planted a memorial tree for the family of Wade Sheeder. Send Flowers 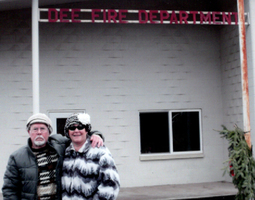 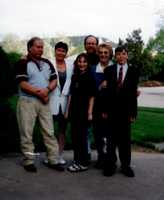 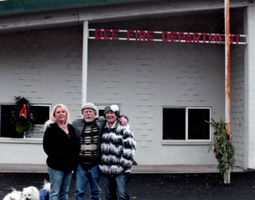 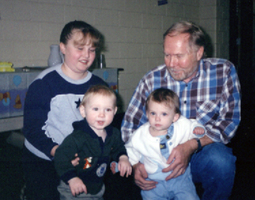