To share your memory on the wall of Willis Arnold "Willie" Steinlicht, Jr., sign in using one of the following options:

Provide comfort for the family by sending flowers or planting a tree in memory of Willis Arnold "Willie" Steinlicht, Jr.

Provide comfort for the family of Willis Arnold "Willie" Steinlicht, Jr. with a meaningful gesture of sympathy.

To send flowers to the family or plant a tree in memory of Willis Arnold "Willie" Steinlicht, Jr., please visit our Heartfelt Sympathies Store.

We encourage you to share your most beloved memories of Willis Arnold "Willie" Steinlicht, Jr. here, so that the family and other loved ones can always see it. You can upload cherished photographs, or share your favorite stories, and can even comment on those shared by others.

Posted May 22, 2020 at 02:58pm
We are sorry for your loss. I worked at the Chevy garage in Deadwood while Willie was selling cars there. He will be missed. Tony Werlinger
Comment Share
Share via:
TR

Posted May 21, 2020 at 01:55pm
I am so very sad to get the news of Willie's passing. The whole Steinlicht family has always been very special to me! My deepest sympathy and continued prayers for the family. God speed, sweet man.
Comment Share
Share via:
LT

Posted May 20, 2020 at 11:45pm
Dear Dee , Brad , rest of family and friends of Willie.
My Condolences on your loss. You and yours are in my thoughts at this difficult time.
Warmest Regards always, Laura T :)
Comment Share
Share via: 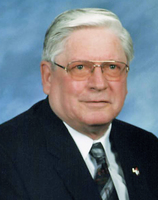 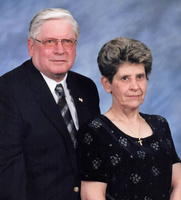