To share your memory on the wall of Winfred \"Punk\" Bauer, Jr., sign in using one of the following options:

Provide comfort for the family by sending flowers or planting a tree in memory of Winfred "Punk" Bauer, Jr.

Provide comfort for the family by sending flowers or planting a tree in memory of Winfred "Punk" Bauer, Jr.

To send flowers to the family or plant a tree in memory of Winfred "Punk" Bauer, Jr., please visit our Heartfelt Sympathies Store.

We encourage you to share your most beloved memories of Winfred "Punk" Bauer, Jr. here, so that the family and other loved ones can always see it. You can upload cherished photographs, or share your favorite stories, and can even comment on those shared by others.

Posted Apr 22, 2020 at 11:22am
Our condolences to you Diana, John, James and Teresa, May many good memories of Punk fill your hearts with comfort.
Comment Share
Share via:
SS

Posted Apr 20, 2020 at 10:33am
Our thoughts are with you and your family during this difficult time. Win"Punk" guided many of us with his wit and wisdom . He will be sorely missed !

Posted Apr 18, 2020 at 01:22pm
Sorry for your loss, heaven just got a angel.
I loved him dearly, he was a great man. Love
Debbie Pearson
Comment Share
Share via:
JG

Posted Apr 17, 2020 at 10:45pm
Oh Win we are so sad that your feet are no longer dancing on this earth...your life was the most interesting story...thank you for sharing!!! You will be sooo missed. Thank you for your friendship (:
Comment Share
Share via: 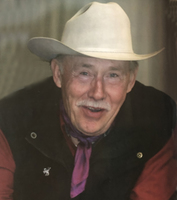